IPL 2020, KKR vs DC, Kolkata Knight Riders vs Delhi Capitals: Players To Watch Out For

KKR vs DC: Kolkata Knight Riders will look to take another step towards reaching the playoffs when they face Delhi Capitals in their upcoming IPL 2020 fixture. 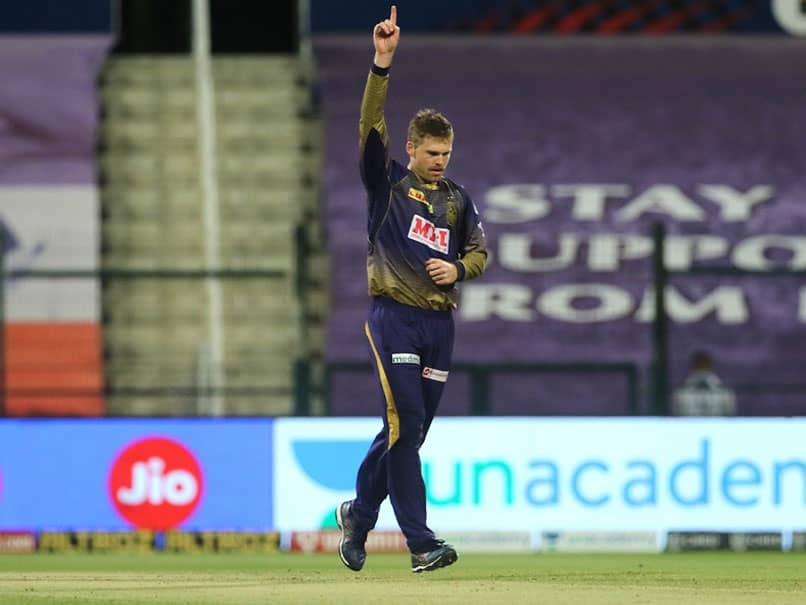 Kolkata Knight Riders (KKR) face Delhi Capitals (DC) in Match 42 of the ongoing Indian Premier League (IPL) 2020 season, at the Sheikh Zayed Stadium in Abu Dhabi. The last time these two sides met was in Match 16 of this season, with DC winning by 18 runs. Shreyas Iyer scored an unbeaten knock of 88 runs and Anrich Nortje grabbed three wickets. Iyer's team is currently second in the league table after 10 matches, while KKR are fourth. DC have won seven matches and lost three. Kolkata have won five fixtures and lost as many. A win will be crucial for both sides and two points will help them cement their push for the playoffs.

Shubman Gill: 21-year-old Shubman Gill has been the highest run-scorer for KKR this season. In 10 matches, he has registered 312 runs, with a strike-rate of 111.82, packed with 29 fours and five sixes. The youngster is a mainstay in his team's batting order, usually opening the innings. He has also notched an unbeaten knock of 70 runs as his high score.

Eoin Morgan: The 2019 ODI World Cup winner is not having a good IPL 2020 season on a personal note. Although currently fourth, KKR have also had a very patchy season. The England skipper, who had replaced Dinesh Karthik as Kolkata's captain, has scored 278 runs from 10 matches, at a strike-rate of 125.79. He has also hit 18 sixes and 15 fours. Although, not in his best form yet, Morgan's leadership skills have been crucial to KKR and a good batting display could kickstart something special for him.

Lockie Ferguson: Since starting against SunRisers Hyderabad (SRH), Lockie Ferguson has been sensational for KKR. The Kiwi pacer has notched four dismissals in two matches, at an economy of 4.00. Against SRH, he grabbed three wickets, which included two Super Over dismissals.

Shikhar Dhawan: After a rather shaky start to IPL 2020, Shikhar Dhawan has found his form at a crucial stage for DC, who will be aiming to reach the playoffs. The opener's recent back-to-back centuries has catapulted him to second spot in the race for the Orange Cap, with 465 runs from 10 matches. The experienced batsman has a strike-rate of 149.03, consisting of 51 fours and 10 sixes. It will be interesting to see how he fares against the likes of Ferguson and Pat Cummins.

Ravichandran Ashwin: Along with Dhawan, Ravichandran Ashwin has proved that experience comes handy in a strong team consisting of many young cricketers. The veteran spinner has grabbed eight dismissals in eight matches, at an economy of 7.11.

Kagiso Rabada: Currently leading the race for Purple Cap, Kagiso Rabada has been taking wickets for fun in this season. The South African pacer has already notched 21 dismissals, at an economy of 7.58 from 10 matches. If his current run is anything to go by, the 25-year-old could easily finish as the highest wicket-taker in the ongoing season.

Kagiso Rabada IPL 2020 Cricket Kolkata Knight Riders vs Delhi Capitals, Match 42
Get the latest updates on IPL 2021, IPL Points Table , IPL Schedule 2021 , live score . Like us on Facebook or follow us on Twitter for more sports updates. You can also download the NDTV Cricket app for Android or iOS.