IPL 2020, KKR vs DC: Shikhar Dhawan is in top form having become the first batsman to score back-to-back hundreds in IPL during the match against KXIP, but Lockie Ferguson is emerging as a game-changer himself. 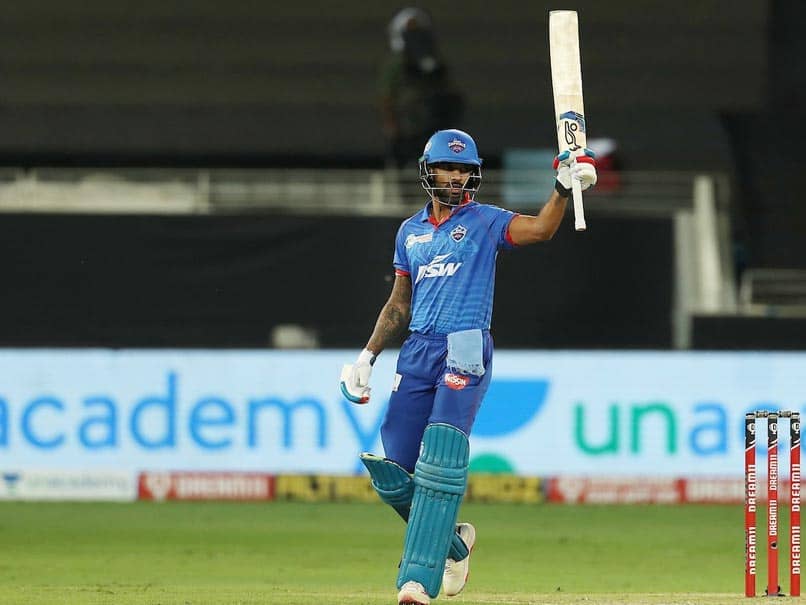 IPL 2020, KKR vs DC: Shikhar Dhawan will be eager to maintain his good form on Saturday© BCCI/IPL

Delhi Capitals (DC) opener Shikhar Dhawan became the first batsman to score back-to-back hundreds in IPL history, during the side's previous league match against Kings XI Punjab (KXIP). Dhawan scored an unbeaten 106 off 61 deliveries, in an innings comprising of 12 boundaries and three sixes. He had smashed 101 not out off 58 deliveries, with 14 fours and a maximum in the previous clash against Chennai Super Kings (CSK). There were questions over Dhawan being a suitable candidate for the opener's slot in the national team, for the shortest format before these knocks. These apprehensions have been replaced by praise at least for the moment, following the 34-year-old's brilliant showing. Dhawan will be eager to maintain this good run against Kolkata Knight Riders (KKR) on Saturday. However, the opener might well be required to dig in and battle it out against New Zealand pacer Lockie Ferguson, who has been simply unplayable on his day.

Ferguson was the man of the match in his opening game of IPL 2020 against SunRisers Hyderabad (SRH). The New Zealand cricketer picked three wickets while conceding just 15 runs, pushing the game into a super over after KKR posted a total of 163.

The pacer further made his mark in this scenario, dismissing David Warner and Abdul Samad cheaply. The Kolkata-based franchise easily crossed the finishing line, after being handed a target of 3 runs. Ferguson similarly made his mark in KKR's previous league match against RCB, conceding just 17 runs in four overs with a wicket to his credit.

The New Zealand pacer has accounted for some top batsmen in the ongoing edition so far, and there can be few bigger names than Shikhar Dhawan currently. The opener, however, can be very difficult to dismiss when in form, as evident from his sustained performances in ICC tournaments. The two players will look to deliver their best, making the face-off one to watch out for.

Lockie Ferguson IPL 2020 Cricket Kolkata Knight Riders vs Delhi Capitals, Match 42
Get the latest updates on IPL 2021, IPL Points Table , IPL Schedule 2021 , live score . Like us on Facebook or follow us on Twitter for more sports updates. You can also download the NDTV Cricket app for Android or iOS.