IPL 2020: Kings XI Punjab head coach Anil Kumble said that the entire side took a lot of positives after the loss against Delhi Capitals. 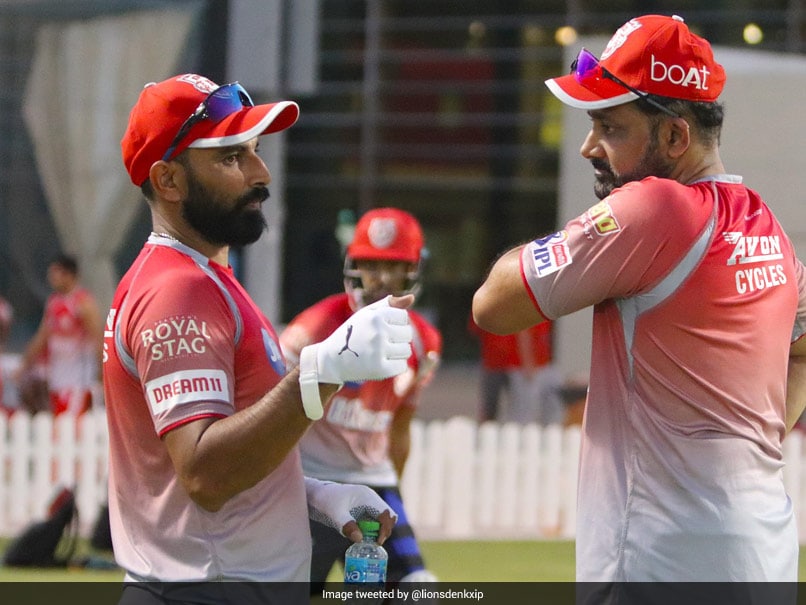 Kings XI Punjab head coach Anil Kumble has said that the side is pretty confident going into the match against Royal Challengers Bangalore (RCB) in the Indian Premier League (IPL). Kings XI Punjab and RCB will lock horns against each other later today at the Dubai International Stadium. Punjab had lost its opening game against Delhi Capitals in a Super Over but Kumble said that the entire side took a lot of positives after that loss.

"You know obviously RCB has a very strong batting lineup with Virat, AB and Aaron Finch, very experienced as well. Young Padikkal batted really well for them in the last game, again a debutant, nice to see a youngster do well in the IPL, but we have our plans," Kumble said in a video posted on the official Twitter handle of Punjab.

"I think we have the ability to put it across so all depends on the day who plays well. Our preparations over the last one month have been really good and we are very positive after the Delhi Capitals game as to what we need to do and what are the corrections we need to make. It's on the same ground that we would be playing RCB, its a T20 tournament so you just want to be good on a particular day and look at one game at a time," he added.

On the other hand, RCB had won its opening match against SunRisers Hyderabad by 10 runs.

Kings XI Punjab and RCB have faced each other 24 times in the IPL so far and both sides have won 12 games each. However, Virat Kohli-led RCB has dominated the recent head-to-head, winning four of the previous five encounters against Punjab.

Kings XI Punjab Anil Kumble Cricket
Get the latest updates on India vs South Africa and check out  Schedule, Results and Live Score. Like us on Facebook or follow us on Twitter for more sports updates. You can also download the NDTV Cricket app for Android or iOS.