IPL 2020: Anil Kumble said he was proud of the KXIP performance in their match against Delhi Capitals and said he is sure they can improve ahead of their next match. 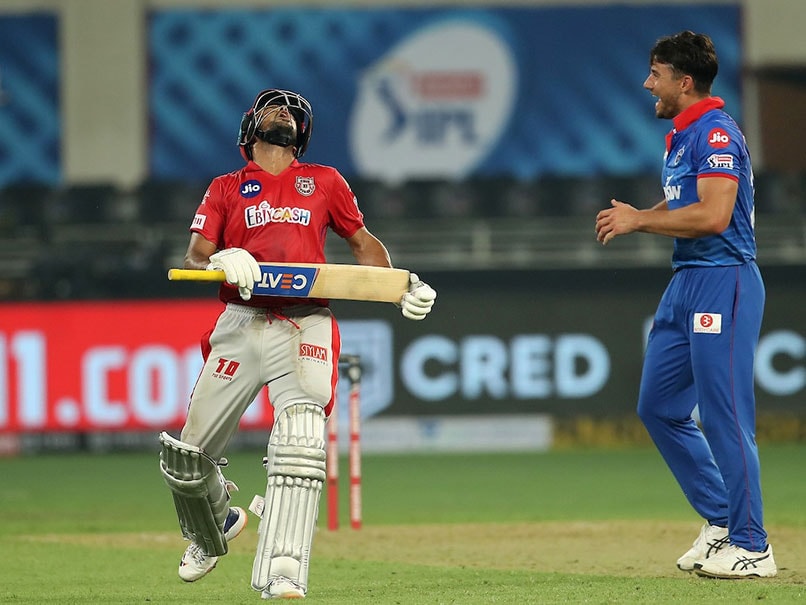 IPL 2020: Mayank Agarwal took KXIP within one run of victory against Delhi Capitals with a superb knock.© BCCI/IPL

After losing their first match of the 13th edition of Indian Premier League (IPL), Kings XI Punjab (KXIP) head coach Anil Kumble is confident that his team will make things right in the next game. Delhi Capitals defeated KXIP in the Super Over in IPL 2020 on Sunday. Both teams had scored 157 runs in the allotted 20 overs which had dragged the match into the Super Over. "Really proud of the way we played today. The game was taken away in the last three overs when we bowled, but having said that once we were five down 55/5 to sort of win the game. Mayank batted brilliantly," Kumble said in a video posted by KXIP on their Twitter handle.

"Really disappointed towards the end. Maybe we should have won the game, unfortunately, it went to a Super Over and when you go to a Super Over, you at least need 10-12 runs that didn't happen. Delhi played well as we left them off the hook a little bit, but having said that for the first game of the tournament, really satisfied with the way things have gone. It was a good start and I am sure we will be able to correct whatever little things we need to do on the field in the next game," he added.

In the final over, KXIP needed 13 runs to win. Mayank Agarwal scored 12 runs off the first three balls but Marcus Stoinis made a stunning comeback.

Stoinis bowled a dot ball before taking two wickets off the last two deliveries, taking the match into the Super Over. Agarwal was dismissed after scoring 89 runs off 60 balls.

Kings XI Punjab Anil Kumble Mayank Agarwal IPL 2020 Delhi Capitals vs Kings XI Punjab, Match 2 Cricket
Get the latest updates on Fifa Worldcup 2022 and check out  Fifa World Cup Schedule, Stats and Live Cricket Score. Like us on Facebook or follow us on Twitter for more sports updates. You can also download the NDTV Cricket app for Android or iOS.