IPL 2020, Kings XI Punjab vs Royal Challengers Bangalore: Players To Watch Out For

Kings XI Punjab vs Royal Challengers Bangalore: The KXIP vs RCB IPL 2020 game will see the likes of Virat Kohli and Mohammed Shami going head-to-head against each other. 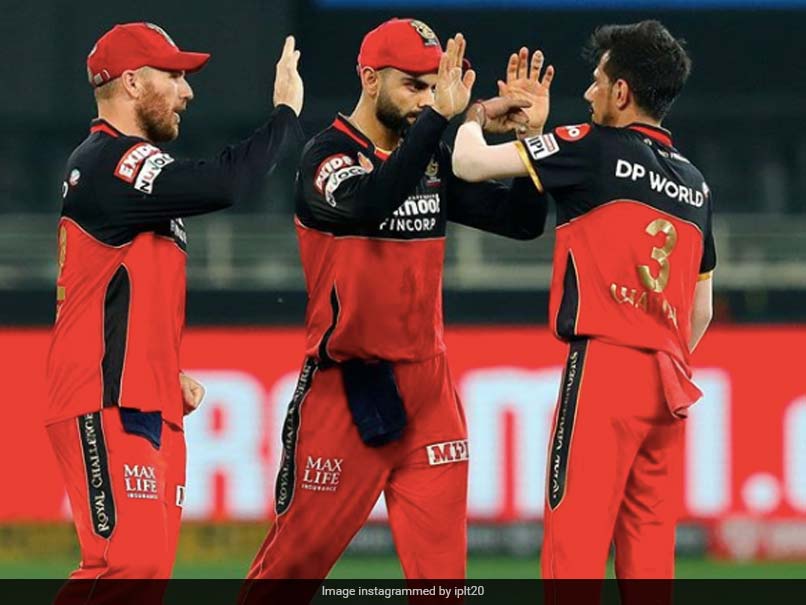 IPL 2020: Yuzvendra Chahal will be key for RCB when they take on KXIP in Dubai.© Instagram

Royal Challengers Bangalore started off their Indian Premier League(IPL) 2020 campaign with a win over SunRisers Hyderabad on Monday. The Bengaluru-based franchise will now be up against Kings XI Punjab (KXIP), who lost a Super Over thriller against Delhi Capitals, at the Dubai International Cricket Stadium on Thursday. Except captain Virat Kohli, RCB top-order fired in their opening match of the season. Kohli will be up against another challenging bowling line-up with the likes of Mohammed Shami and Sheldon Cottrell leading the attack for KXIP.

Virat Kohli: Virat Kohli scored just 14 runs in his first competitive game since the coronavirus pandemic brought cricket to a standstill. Having played a game in Dubai and got an understanding of the conditions, Kohli will be hoping to get a big knock under his belt to set the tone for the rest of the tournament.

Devdutt Padikkal: The young opening batsmanimpressed one and all in his debut IPL game. Padikkal scored 56 runs and provided a great start to the innings along with Aaron Finch. The youngster would be hoping to replicate what he did against SunRisers Hyderabad and help RCB continue the momentum in IPL 2020.

Yuzvendra Chahal: RCB skipper Virat Kohli was full of praise for his leg-spinner after registering a 10-run win against SunRisers Hyderabad. Chahal changed the game in the 16th over by taking two wickets in two balls. Kohli will be hoping for a similar performance from his spinner as RCB take on KXIP in Dubai.

KL Rahul: The Kings XI Punjab captain looked good during his short stay at the crease against Delhi Capitals but was outdone by a peach of a delivery by Mohit Sharma. KL Rahul had a dream run with the bat last season in the IPL and that helped him earn the captaincy role this year. KXIP, just like RCB, are yet to get their hands on the coveted IPL trophy and if they want to go all the way this year, KL Rahul has to come good for the franchise.

Mohammed Shami: Playing competitive cricket after nearly six months didn't hamper Shami's line and length as he bowled a brilliant spell against Delhi Capitals to start his IPL 2020 campaign. The pacer picked up three wickets giving away just 15 runs in KXIP's first match. Shami will be a key player for the Punjab-based franchise when they take on Virat Kohli-led RCB in Dubai.

Mayank Agarwal: Mayank Agarwal nearly got Kings XI Punjab home in the first game but despite his heroics with the bat, KXIP lost in the Super Over against Delhi Capitals. Agarwal looked fluent as he smashed 89 runs off just 60 deliveries and will be looking to continue his good run with the bat.

Mohammed Shami Mayank Agarwal Cricket Kings XI Punjab vs Royal Challengers Bangalore, Match 6
Get the latest updates on Fifa Worldcup 2022 and check out  Fifa World Cup Schedule, Stats and Live Cricket Score. Like us on Facebook or follow us on Twitter for more sports updates. You can also download the NDTV Cricket app for Android or iOS.