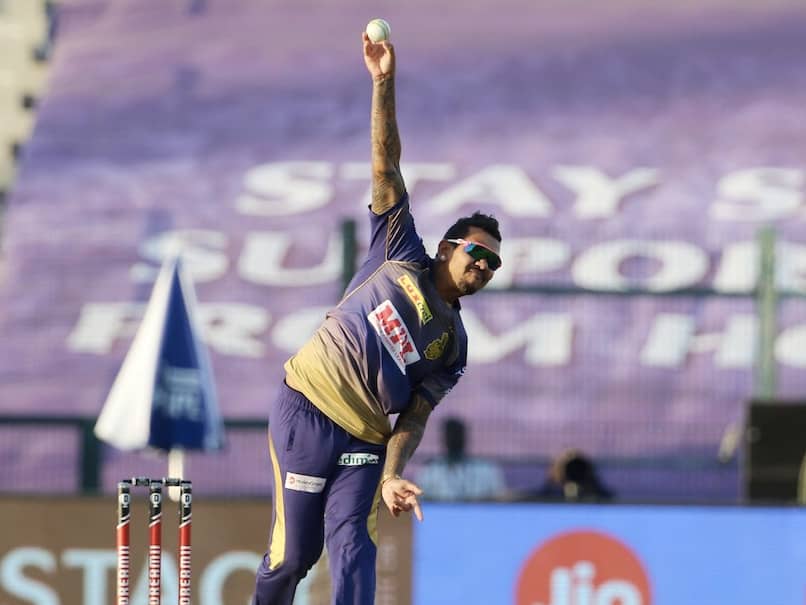 IPL 2020: Sunil Narine has had issues with his action over the years© BCCI/IPL

Announcing the removal of Kolkata Knight Riders (KKR) spinner Sunil Narine's name from the warning list of suspect bowling actions for this edition of the Indian Premier League, the BCCI said that the spinner should stay true to the action that was submitted for an official assessment. While it is not known if he has been asked to wear half sleeves -- a rarity with the spinner over the years -- the BCCI said that Narine "should reproduce the same action going forward as presented to the committee (IPL Suspect Bowling Action Committee) in the video footage".

Narine returned to the field against Delhi Capitals on Saturday with a reworked action, but the zip was missing as he looks to create an impact with the ball. Same was the case on Monday against Kings XI Punjab. In the two games since his return, Narine has had figures of 0/37 and 0/27 against DC and KXIP respectively.

Even as KXIP spinner Murugan Ashwin spoke about the ball taking turn in Monday's game between KXIP and KKR -- during his chat with host broadcasters during the mid innings break-- Chris Gayle mentioned taking advantage of Narine not getting turn as the batsman hit a match-winning 51 off just 29 balls.

Asked if the BCCI can indeed keep track of whether Narine is reproducing the same action that he submitted footage of for clearance, a board functionary in the know answered in the positive.

"BCCI has the capabilities to record footage straight off Hawkeye (the company which provides "spin vision" cameras) if it wishes to check on any bowling action," the functionary told ANI.

Narine has had issues with his action over the years. Known as one of the most sought after T20 player across the globe, Narine also has the unwanted tag of being called for suspect action in almost all the leagues that he has played in.

Narine was reported for bowling with a suspected illegal bowling action during KKR's match against Punjab on October 10 in Abu Dhabi.

The IPL release had said: "The report was made by the on-field umpires according to the IPL's Suspected Illegal Bowling Action Policy. Narine will be placed on the warning list and is permitted to continue to bowl in the tournament. Another report will result in Narine being suspended from bowling in the IPL 2020 until cleared by the BCCI Suspect Bowling Action Committee."

While KKR issued a statement saying they were surprised by the incident, Narine worked closely with Englishman Carl Crowe to help rework his action and submitted video footages of the latest action for the IPL committee to clear him.

Interestingly, former BCCI Treasurer Anirudh Chaudhry called for the use of Artificial Intelligence to help increase the fairness quotient of the game.

"The need of the hour is to explore the usage of Artificial Intelligence in conjunction with the broadcast feed to know the angle of extension of the bowling arm in real-time for every delivery. In addition to this, it is high time to revisit the balance between the on-ground umpires and the third umpire to ensure greater consistency of accurate decisions. All this would just enhance the fairness quotient of the game," he said.

West Indies Cricket Team
Get the latest updates on India vs England Series, India vs England , live score and IPL 2021 Auction . Like us on Facebook or follow us on Twitter for more sports updates. You can also download the NDTV Cricket app for Android or iOS.