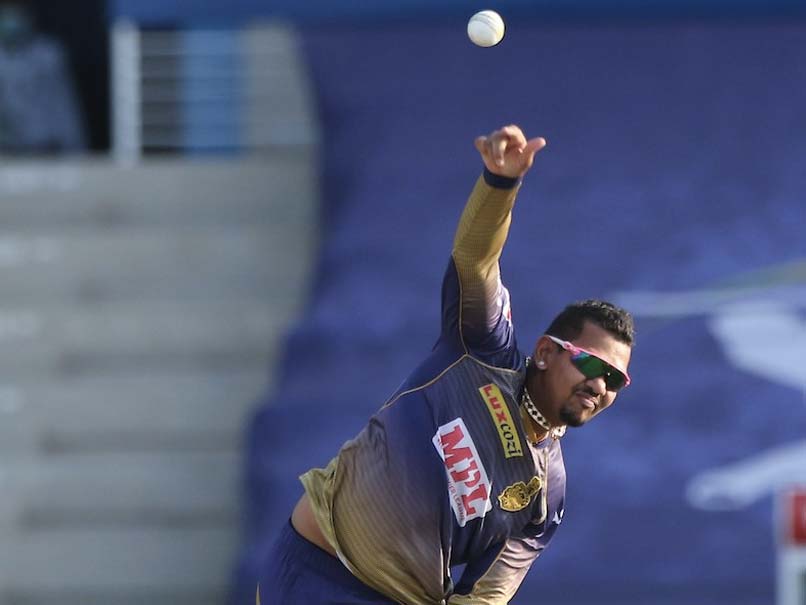 IPL 2020, KXIP vs SRH: Sunil Narine has already been accused of suspect bowling action in the past© BCCI/IPL

Kolkata Knight Riders spinner Sunil Narine being reported for suspect action by umpires in Saturday's game against Kings XI Punjab in the 13th edition of the Indian Premier League has once again kickstarted the debate on whether such issues need immediate on-field action. The whole idea of the umpires reporting suspect action and the bowler getting an initial warning means that he isn't called for bowling a delivery which the on-field umpires feel is illegal. Rather than the batsman getting a free hit for a no-ball, the matter comes to light at the end of a game when the outcome cannot be revisited. At a time when technology is seeing third umpires calling front-foot no-balls in a matter of seconds, this is indeed an area that needs immediate focus.

Speaking to ANI, former BCCI Treasurer Anirudh Chaudhry -- first chairman of the Data Management Committee of the board that rolled out the online database management system used by the BCCI in the administration of domestic cricket -- said that it was time to introduce the use of Artificial Intelligence in such cases to increase the fairness quotient of the game.

"The need of the hour is to explore the usage of Artificial Intelligence in conjunction with the broadcast feed to know the angle of extension of the bowling arm in real-time for every delivery. In addition to this, it is high time to revisit the balance between the on-ground umpires and the third umpire to ensure greater consistency of accurate decisions. All this would just enhance the fairness quotient of the game," he said.

"To be honest this entire situation of disallowing, then allowing and then disallowing someone is quite bizarre. The IPL authorities are doing their job well and playing by the book and that is commendable. However, for a player and the fans, it's like a ping pong back and forth. Let's not focus on Narine here but on the processes that are in place because a player is only following the process that exists," he explained.

In fact, three franchises told ANI after Saturday's late-night release on Narine being reported that it was time umpires started calling no-balls on the ground itself as that would help in ensuring that the outcome of the game is not affected in any circumstance.

"We have seen quite a few bowlers called for suspect action. They have worked on their action and come back. Some have managed to correct their action while others have been called again and undergone further biomechanical tests. But the point is, do these things help in overturning the outcome of the game? What if the bowler who was reported bowled three dot balls out of the say four balls suspected to be bowled with an illegal action? The batting team will never get three free hits and that could mean taking fairness out of the equation.

"The way forward is for the on-field umpire to immediately call a no-ball if he feels that the delivery was suspect. Only then will it work towards fairness. Also, the biomechanic sessions a bowler undergoes after being called for suspect action is never similar to a match situation wherein the opposition batsman is looking to score maximum runs from every ball," an official of one of the franchises said.

Kings XI Punjab Kings XI Punjab vs Kolkata Knight Riders, Match 24 IPL 2020 Cricket
Get the latest updates on Fifa Worldcup 2022 and check out  Fifa World Cup Schedule, Stats and Live Cricket Score. Like us on Facebook or follow us on Twitter for more sports updates. You can also download the NDTV Cricket app for Android or iOS.