IPL 2020, KKR vs CSK: Dinesh Karthik was full of praise for all-rounder Sunil Narine, hailing the Windies cricketer as one of KKR's "key players". 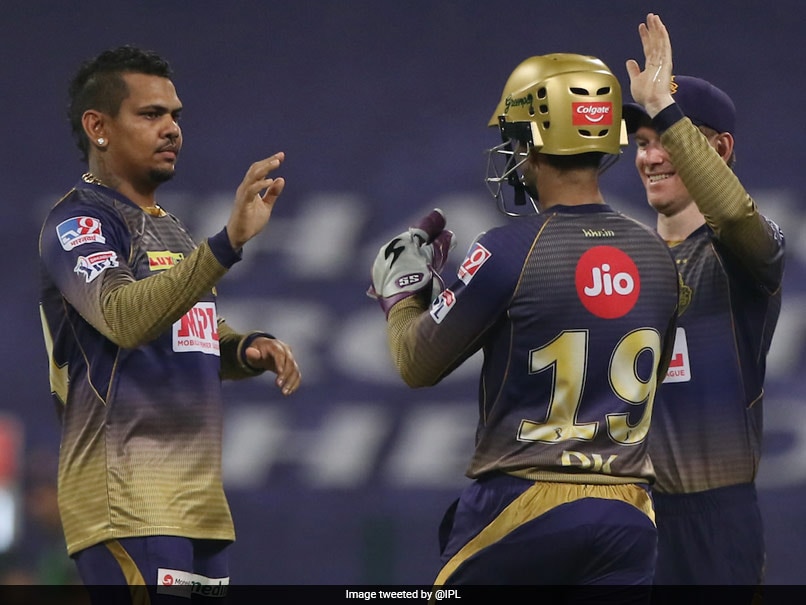 Kolkata Knight Riders (KKR) skipper Dinesh Karthik was full of praise for all-rounder Sunil Narine, who dismissed in-form Chennai Super Kings (CSK) opener Shane Watson shortly after being brought into the attack, tilting the game in favour of the Kolkata-based franchise. KKR defeated CSK by 10 runs in an intense match 21 of the 13th edition of the Indian Premier League (IPL), at the Sheikh Zayed Stadium, Abu Dhabi. The Knight Riders are back to winning ways, following a defeat against Delhi Capitals (DC) in their previous league clash. CSK, on the other hand, will be back hunting for a win having been full of confidence before the KKR clash, following a 10-wicket drubbing of Kings XI Punjab (KXIP).

"There are some key players for every team. Narine is one for us. Least we can do is back him. 2-3 poor games, doesn't matter," said Karthik in the post-match presentation.

The KKR skipper further had words of praise for opener Rahul Tripathi who scored 81 runs off 51 deliveries, in an innings comprising of eight boundaries and three sixes.

"Good to see Tripathi do the job at the top. Good thing about Russ is he's very versatile. He can bat slightly up, slightly down. Our batting is very fluid. I started at three, today I batted at seven. The way those guys batted at the start, they batted very well," he added.

CSK captain MS Dhoni expressed a need to be "innovative" during the death overs, urging his players to be more careful in the first five to six overs.

"We should've been careful in the first 5-6 overs. Rotation of strike was important, but I think there were hardly any boundaries in the final few overs, so we need to be innovative at the end when they are continuously hitting a back of a length. That's where we need to adapt better with the bat and I don't think we did that," he stated.

Sunil Narine Kolkata Knight Riders vs Chennai Super Kings, Match 21 Cricket
Get the latest updates on IPL 2021, check out the IPL 2021 Schedule and Indian Premier League Live Score . Like us on Facebook or follow us on Twitter for more sports updates. You can also download the NDTV Cricket app for Android or iOS.