"Can't Wait To Be On Field": Virat Kohli Back At Chinnaswamy For IPL 2019. See Pictures

Virat Kohli would be keen to claim the first-ever IPL title with Royal Challengers Bangalore. 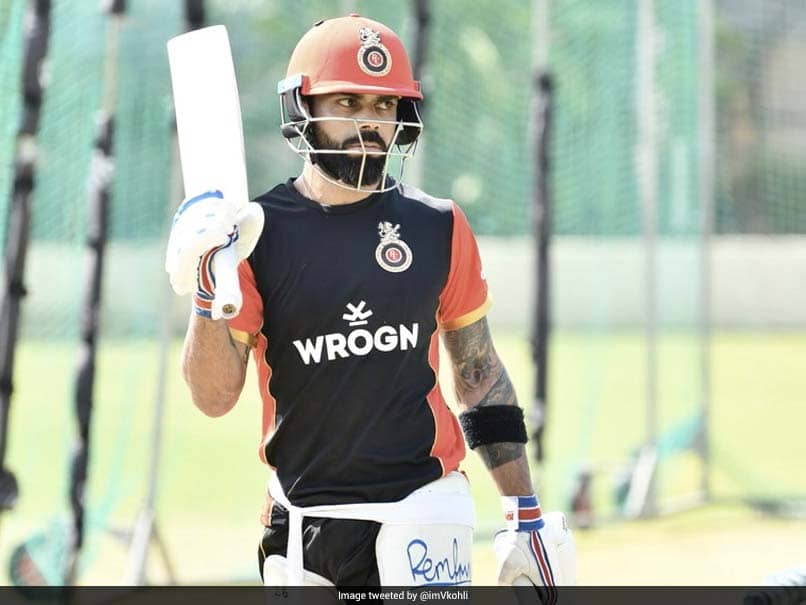 Virat Kohli announced his arrival at the M Chinnaswamy Stadium, the home ground of Royal Challengers Bangalore, ahead of the Indian Premier League (IPL) 2019 season. Posting some of his action photographs from the practice session, Virat Kohli tweeted on Monday: "Great to be back at the Chinnaswamy for another season with @RCBTweets. Can't wait to be on the field! #PlayBold #IPL2019." Under the captaincy of Virat Kohli, RCB will start their IPL 2019 campaign against Chennai Super Kings (CSK) at the MA Chidambaram Stadium on March 23.

Great to be back at the Chinnaswamy for another season with @RCBTweets. Can't wait to be on the field! #PlayBold #IPL2019 pic.twitter.com/2Bl7oGY2qE

Having finished runners-up thrice in the history of Indian T20 league, RCB have never won an IPL title.

The 30-year-old Indian captain, who was inducted in the RCB squad in 2008 and started leading the franchise in 2013, also thanked the fan base that the team has created in more than a decade.

"Even after so many years and having reached three finals and played three semi-finals, not having the trophy in our hands, we never felt like there was a lack of enthusiasm before starting a season and that is something that stands out for me the most and that can only happen when you have such a strong fan base," the RCB skipper added.

M.Chinnaswamy Stadium, Bengaluru Cricket IPL 2019
Get the latest updates on IPL 2021, IPL Points Table , IPL Schedule 2021 , live score . Like us on Facebook or follow us on Twitter for more sports updates. You can also download the NDTV Cricket app for Android or iOS.