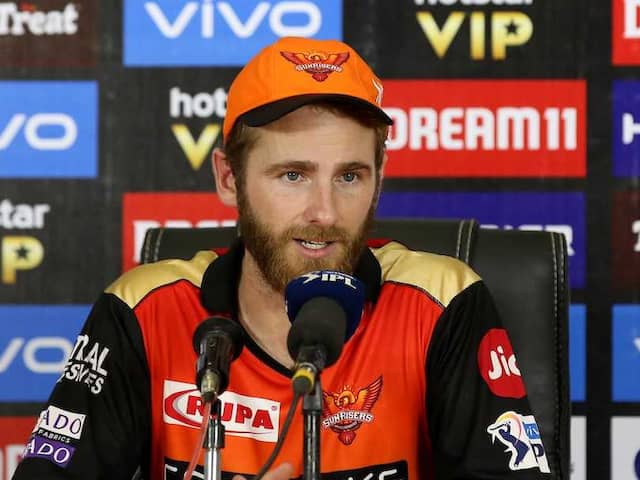 SunRisers Hyderabad (SRH) captain Kane Williamson has said that the match against the Kings XI Punjab (KXIP) on Monday was one of his team's best performances in this edition of the IPL. SRH defeated KXIP by 45 runs, with crucial performances coming from David Warner, who scored 81 off 56 deliveries, winning the man of the match award, Manish Pandey (36 runs off 25 balls) and Rashid Khan (3-21 in 4 overs). It was also Warner's final outing as an SRH player in IPL 2019, as he joins his nation's squad for the 2019 World Cup in England and Wales.

Speaking at the post-match press conference, Kane Williamson said “For us, it is about trying to put together a performance, perhaps close to what we saw today, which was probably our best performance of the season so far, so it's about playing about our cricket as well as we can, and hope that that's enough to see us be successful in this competition.”

About having Wriddhiman Saha play as an opener in the match against KXIP, Williamson stated “Well, we sat down and through some combinations around, and we know for a long time (Wriddhiman) Saha had success at the top of the order. He played brilliantly well today in that supporting role with David (Warner), so it was a fantastic partnership that got us off to a really good start.”

Opening the innings, David Warner and Wriddhiman Saha gave the SRH a blistering start, scoring 50 runs in 4 overs. Both of them had forged a partnership of 78 runs which ended when Wriddhiman fell to Murugan Ashwin in the 6th over. Saha finished his innings scoring 28 runs off 13 balls at a strike rate of 215.38.

SunRisers Hyderabad play their next game against the Mumbai Indians at the Wankhede Stadium in Mumbai on May 2.

Rajiv Gandhi International Stadium, Hyderabad Cricket
Get the latest Cricket news, check out the India cricket schedule, Cricket live score . Like us on Facebook or follow us on Twitter for more sports updates. You can also download the NDTV Cricket app for Android or iOS.