Cricket Association of Bengal (CAB) president and Delhi Capitals advisor Sourav Ganguly has clarified that there is no "conflict of interest" in his dual role as alleged by three cricket fans. 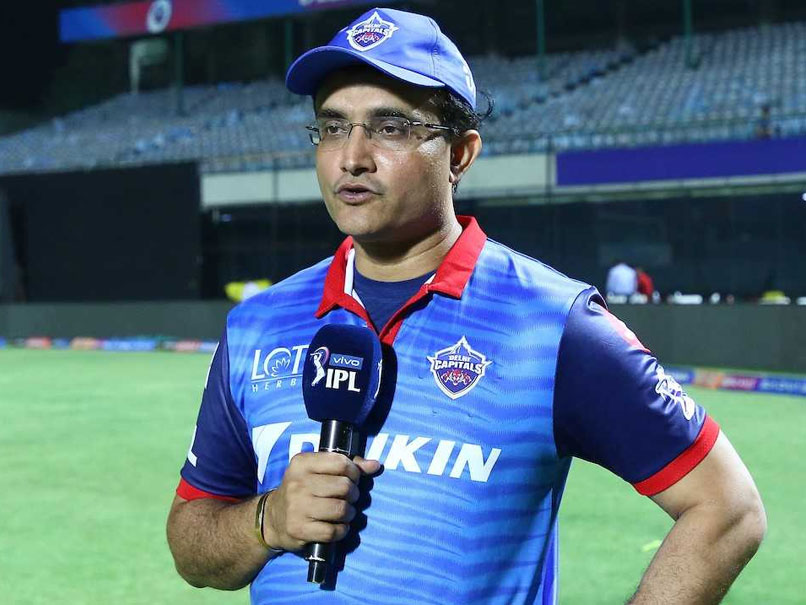 Sourav Ganguly said he was not a part of any committee that was overseeing the organisation of IPL 2019.© BCCI/IPL

The Cricket Association of Bengal (CAB) president and Delhi Capitals advisor Sourav Ganguly has replied to BCCI Ombudsman and ethics officer DK Jain clarifying that there is no "conflict of interest" in his dual role as alleged by three cricket fans. The Ombudsman had asked Ganguly to clear his stand on allegations of conflict of interest in his role as IPL franchise Delhi Capitals advisor while serving as the president of CAB. Ganguly told PTI that he had sent his reply to Justice Jain on the April 6th, making his position clear.

"In my respectful submission there is no direct or indirect interest, compromising roles, commercial conflict, prior relationship or position of influence within the meaning of the BCCI Constitution which may deter my involvement with the Delhi Capitals," wrote Ganguly as per excerpts of the letter available with PTI.

The former India captain said he was not a part of any committee that was overseeing the organisation of IPL 2019.

"At present, I do not hold any post whatsoever or howsoever in the BCCI. I am neither a member of the Apex Council of the BCCI nor an office bearer nor a member of any of the Cricket Committees constituted by the BCCI under its Constitution," Ganguly wrote.

"I am also not connected with the administration, management or running of the IPL by being a member of any of the committees or other organisational units set up by the BCCI in connection with the IPL.

"Previously I had been a part of the BCCI Technical Committee; the IPL Technical Committee and the IPL Governing Council. I have resigned and/or withdrawn myself from all the said Committees. I am not a part of any committee/council/entity which has control or supervisory power or powers of management or administration of the IPL," he further clarified in his letter.

Ganguly also insisted that he is not connected to IPL franchise Kolkata Knight Riders in any capacity.

"Kolkata Knight Riders (KKR) is a franchise cricket team owned by Red Chilies Entertainment Private Limited. This is a company incorporated under the Companies Act, 1956. I am neither a shareholder nor a director of the aforesaid company. I have no stake whatsoever or howsoever in the said company," Ganguly wrote.

Earlier, three West Bengal based cricket fans, Ranjit Seal, Abhijeet Mukherjee and Bhaswati Shantua in separate communications to Justice (Retd) DK Jain had questioned Ganguly's role as an advisor of Delhi Capitals when he is still the president of CAB.

His detractors in the BCCI believe that Ganguly, as CAB President, will have control on local curator with no neutral curator being used this time.

The match between Kolkata Knight Riders and Delhi Capitals is scheduled to be held in Kolkata on April 12.

Kolkata Knight Riders Sourav Ganguly IPL 2019 Cricket
Get the latest updates on IND vs NZ 2021, check out the Schedule and Live Score . Like us on Facebook or follow us on Twitter for more sports updates. You can also download the NDTV Cricket app for Android or iOS.