CAB president Sourav Ganguly told the state cricket board's ombudsman Ushanath Banerjee not to pay any heed to such cases. 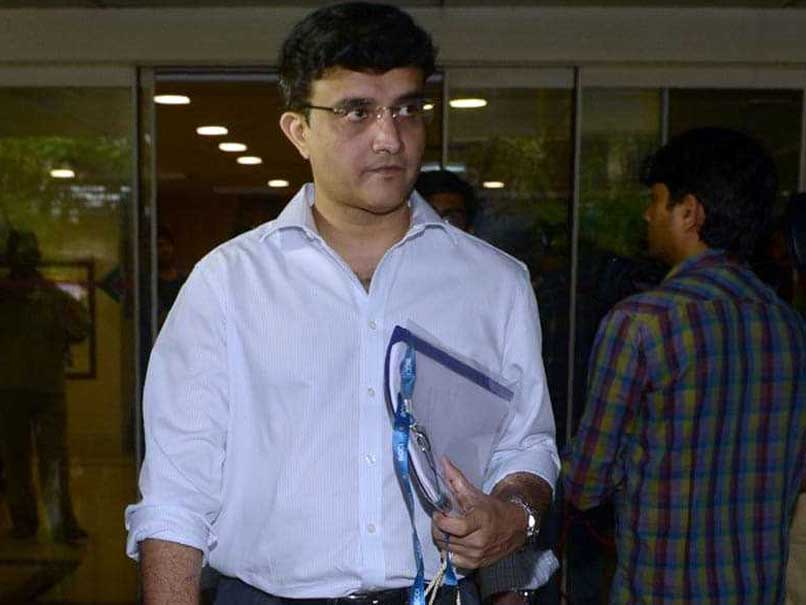 Sourav Ganguly said that the CAB will not entertain any anonymous communication.© AFP

Days after Cricket Association of Bengal (CAB) ombudsman Ushanath Banerjee received an anonymous letter alleging conflicts of interest of selectors Palash Nandy and Madan Ghosh, a war of words began between Banerjee and state board President Sourav Ganguly. The letter pointed out that senior selection panel chief Nandy was associated with a cricket coaching camp. It further alleged that Ghosh, who recently moved from the senior to junior selection, was associated with a coaching camp and has also represented White Border Club in CAB meetings in the past.

"The CAB had done nothing about it for a long time. For the pair, it was business as usual till the letter came and stirred a hornet's nest," a source close to the development said.

Sourav Ganguly shot off a letter, a copy of which was circulated to the media, asking Banerjee not to pay heed to such cases since the complainant did not reveal his or her identity.

"The Cricket Association of Bengal will not entertain any such anonymous communication and as such you being an important part of the organisation should follow the same. I feel you are not entitled to give any reply," Ganguly wrote.

Banerjee hit back within hours using strong language. The four-page rejoinder was also circulated to the media.

Banerjee rejected the former India captain's diktat, saying: "It is widely acknowledged that in the interest of maintaining transparency, organisations world over take cognizance of anonymous information."

To buttress his point, he cited in the letter examples of cases where the judiciary has acted on the basis of anonymous information.

"You have been incorrectly advised by persons without any homework being done and based on mere knowledge in the subject matter in issue," Banerjee wrote to Ganguly.

"I humbly request you to kindly point out the said policy of CAB, as referred in your letter, and the date when so adopted," the reply read.

When contacted, Banerjee gave an impression that the issue had been resolved but did not want to be quoted on any further action.

Comments
Topics mentioned in this article
Cricket Sourav Ganguly BCCI
Get the latest updates on SA vs IND 2021-22, check out the Schedule and Live Score . Like us on Facebook or follow us on Twitter for more sports updates. You can also download the NDTV Cricket app for Android or iOS.