Kolkata Knight Riders' campaign came to a poor end as they were crushed by nine wickets by Mumbai Indians in their last IPL 2019 league match. 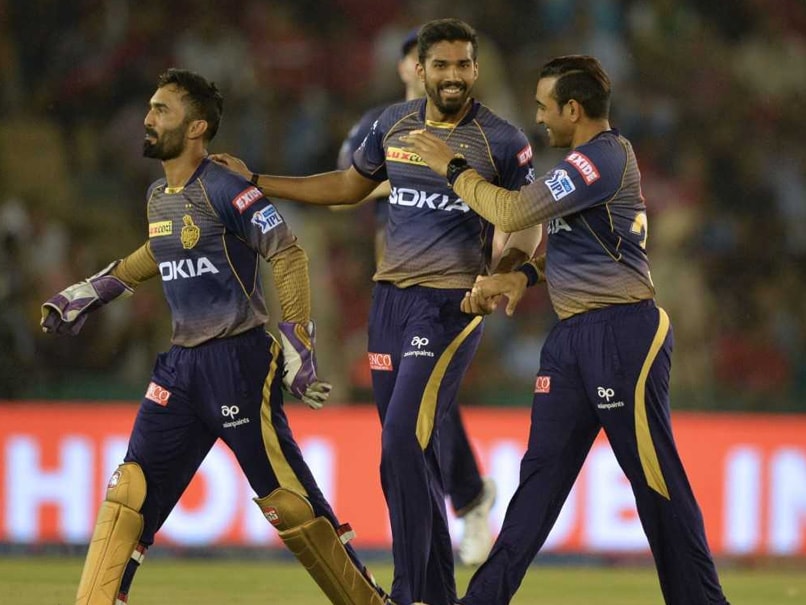 It was the first time in four years that KKR had failed to make it to the playoffs.© AFP

Kolkata Knight Riders (KKR) suffered a nine-wicket loss to Mumbai Indians to bow out of the Indian Premier League (IPL) 2019 at the Wankhede Stadium on Sunday. Under the captaincy of Rohit Sharma, Mumbai Indians claimed the top position in the points table, while KKR finished fifth due to a poorer net nun-rate than fourth-placed SunRisers Hyderabad. Following the defeat, KKR assistant coach Simon Katich admitted that there was "tension" in the group and certain "change of dynamic" derailed their campaign in IPL 2019.

"Can't hide from the fact that there was tension," Katich said at the post-match press conference.

"That was pretty evident from the last few games after we got on a bit of a roll with losses. We've got to address that as a group," he added.

KKR had started their campaign in an emphatic manner, winning three of the first five games. However, they lost their way thereafter and went on to lose six matches on the trot.

During the course of this losing streak, it became evident that there was some tension within the group with Andre Russell coming out in open and talking about indecisions regarding his batting position within the leadership role in a press conference.

Contrasting statements were made by players and team management at different stages, aside from Dinesh Karthik's very animated display of annoyance in the game against Kings XI Punjab.

"What is so important in the IPL is the dynamic in the group and I guess the unity. That's something that KKR is very very proud of. It's a very successful franchise and it's something that everyone involved has worked very very hard to contribute to over a long period of time. That's something we have to certainly work at to get better at it because there's no doubt that throughout this campaign, the dynamic within our group has certainly changed," Katich said.

It was the first time in four years that KKR had failed to make it to the playoffs.

Mumbai Indians Simon Katich IPL 2019 Cricket
Get the latest updates on SA vs IND 2021-22, check out the Schedule and Live Score . Like us on Facebook or follow us on Twitter for more sports updates. You can also download the NDTV Cricket app for Android or iOS.