Steve Smith received medical attention after the incident but was able to bat as Rajasthan Royals chased down the target. 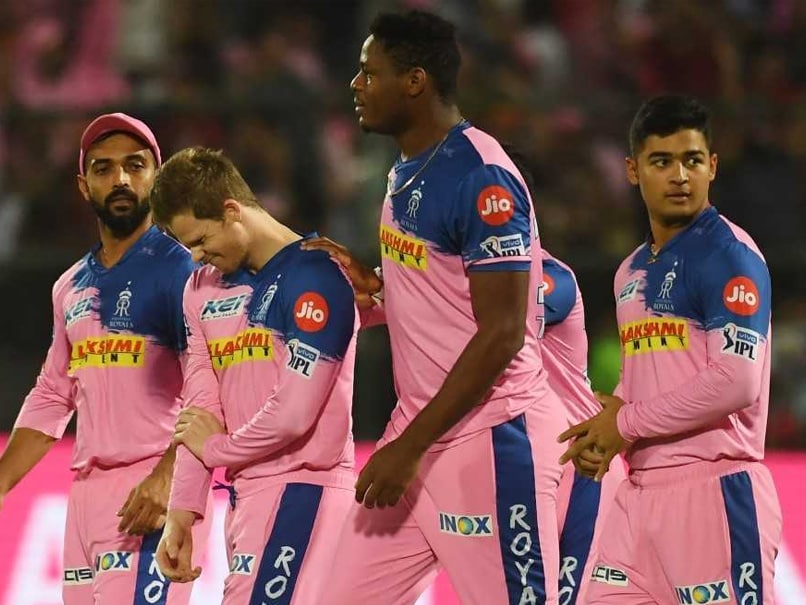 Steve Smith produced a moment of magic in the field to get rid off Australian compatriot David Warner in RR vs SRH IPL 2019 clash at the Sawai Mansingh Stadium in Jaipur on Saturday. However, the Australian star seemed to re-injure his right elbow as he hyper-extended himself to complete a sensational running catch. Smith received medical attention after the incident but was able to bat as Rajasthan Royals chased down the target put on the board by SunRisers Hyderabad to keep their hopes alive of reaching the IPL playoffs.

David Warner had backed away a long way and tried to slap an Oshane Thomas (2/28) short delivery over extra cover but didn't time the shot well and Smith ran back and dived full length to his right to hold on to the catch.

Here is a clip of Steve Smith's wonder catch:

"Hopefully my arm is ok, it hurt initially because of the impact. I'll get to know more once the tape is off. It was a good end to our home season, the boys pulled things back nicely," Steve Smith said at the post-match presentation ceremony.

Opting to bowl in a must-win match, Rajasthan first restricted Sunrisers to 160 for eight and then chased down the target in 19.1 overs. By virtue of this win, Rajasthan have now moved to the sixth position in the eight-team standings with 10 points from 12 games.

But to stay in contention for a playoff berth, Rajasthan Royals first must win their remaining two away games against Royal Challengers Bangalore on April 30 and Delhi Capitals on May 4 and then hope for favourable results from other matches.

Despite the loss, SunRisers Hyderabad have just managed to hold to their fourth place in the IPL Points Table with 10 points from 11 games.

David Warner IPL 2019 Rajasthan Royals vs Sunrisers Hyderabad, Match 45 Oshane Thomas Cricket
Get the latest updates on IPL Auction 2023 and check out  IPL 2023 and Live Cricket Score. Like us on Facebook or follow us on Twitter for more sports updates. You can also download the NDTV Cricket app for Android or iOS.