Delhi Capitals ran down a challenging score of 191 to post a win over Rajasthan Royals. 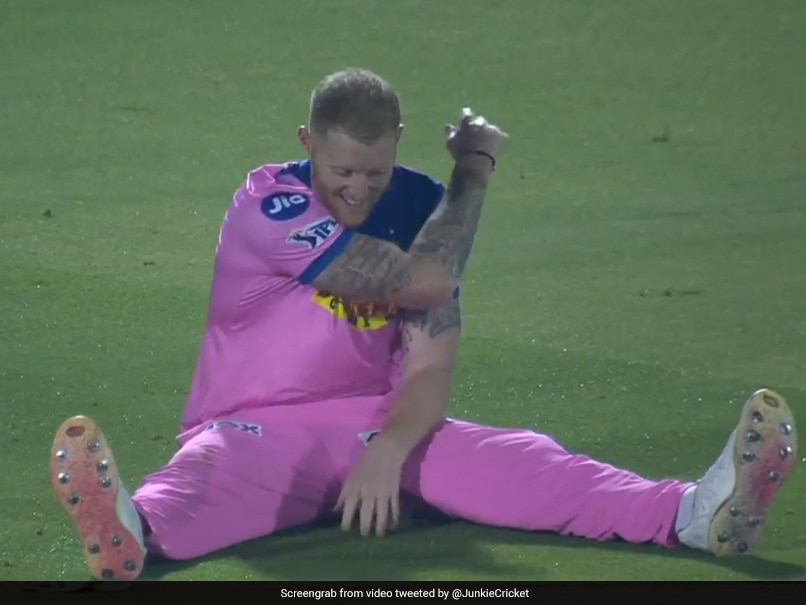 Ben Stokes was seen sporting a sheepish smile after his gaffe during the RR vs DC IPL 2019 match.© Twitter

IPL 2019 has witnessed some exceptional moments in the field but there have also been some comical ones that have left a lasting impression on fans in and outside the stadium. One such moment took place during the RR vs DC IPL 2019 clash at the Sawai Mansingh Stadium in Jaipur on Monday night. Delhi Capitals were chasing a tricky total of 192 after they had won the toss and elected to field. In the 19th over of Delhi Capitals' chase, Rishabh Pant tried an ambitious pull shot but failed to get the desired connection with the ball looping in the air. Fortunately for Pant, no fielder was in sight and the ball landed safely but what followed after was nothing short of a comedy show.

Stuart Binny, stationed at the square-leg boundary, came running in to field the ball but ended up missing it completely thanks to the spin on it.

After Binny's misfield, Ben Stokes chased after the ball and slid in to make a pick-up and throw but that also ended in farce as the ball wriggled free of Stokes' grasp just as he was positioning himself to fire in a throw.

The Englishman was seen slapping his leg and sporting a sheepish smile.

Here is how the entire incident panned out:

Fans on Twitter were left in splits by the comical turn of events.

Imagine having played cricket your whole life & not knowing it spins on the second bounce. Competition is a farce.

Pant went on to serve a reminder to the Indian selectors of what they will be missing in the 2019 World Cup in England and Wales with a match-winning knock in Jaipur.

He smashed 78 off just 36 balls to not only help Delhi Capitals register a six-wicket win but also saw them leapfrog Chennai Super Kings (CSK) into top spot on the table, though that MS Dhoni's team has a game in hand.

Ben Stokes IPL 2019 Rajasthan Royals vs Delhi Capitals, Match 40 Cricket
Get the latest updates on ICC T20 Worldcup 2022, check out the Schedule and Live Score. Like us on Facebook or follow us on Twitter for more sports updates. You can also download the NDTV Cricket app for Android or iOS.