Suresh Raina is a confessed admirer of Rishabh Pant's batting, having said before that the youngster's skills are "God-given". 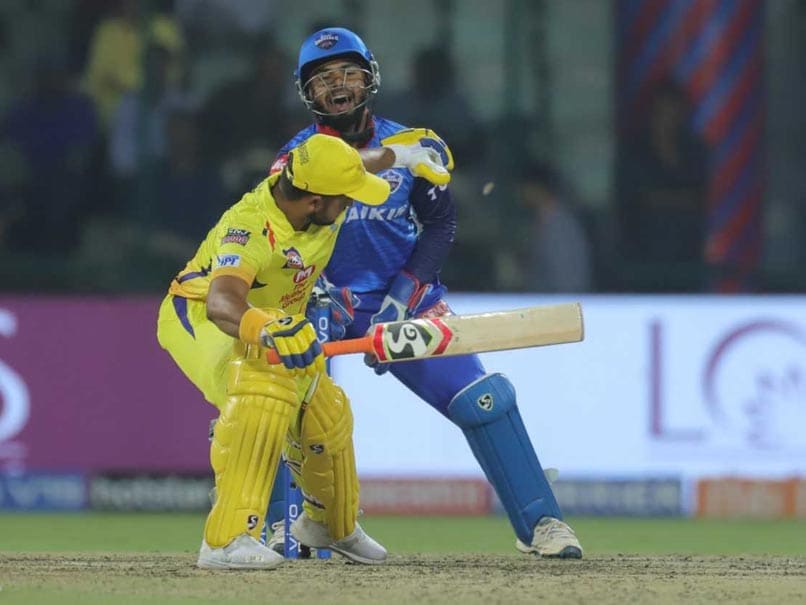 Rishabh Pant has already made a name for himself as a prankster, apart from having cemented his reputation as one of the most explosive batsmen of current times. In the Indian Premier League (IPL) match between Delhi Capitals (DC) and Chennai Super Kings (CSK) on Wednesday, Pant's antics were on display again – Suresh Raina being at the receiving end. As TV cameras turned back on the pitch after a break between overs, Raina was seen struggling to make his way back to the crease, his way being blocked by Pant's not-so-huge frame.

Twitter users were quick to pounce on the moment. References were made to when Mustafizur Rahman got on MS Dhoni's wrong side in a 2015 ODI between India and Bangladesh, during which match Mustafizur allegedly blocked the Indian captain's way when he had been taking a run.

“Don't try this with MSD,” a Twitter user warned Pant.

Others said how such a prank would be an ill-advised one if played on Virat Kohli too. In last week's IPL match between Pant's DC and Kohli's Royal Challengers Bangalore, Kohli seemed to tell Pant off for appealing for a catch when replays showed it had bumped off the ground before landing in Pant's gloves.

Raina is a confessed admirer of Pant's batting, having said before that the youngster's skills are “God-given”. During the 2017 IPL season, when Pant had just been breaking out for the Delhi franchise, Raina had said that the young wicketkeeper reminded him of his younger days.

Suresh Raina IPL 2019 Cricket
Get the latest updates on ICC Women's Cricket World Cup 2022 and IPL 2022, check out the Schedule , Live Score and IPL Points Table. Like us on Facebook or follow us on Twitter for more sports updates. You can also download the NDTV Cricket app for Android or iOS.