RCB vs CSK: Ashish Nehra's Reaction To Dale Steyn's Ferocious Yorker Is Not To Be Missed - Watch

Dale Steyn started at his ferocious best to get rid of Shane Watson and Suresh Raina in the first over. 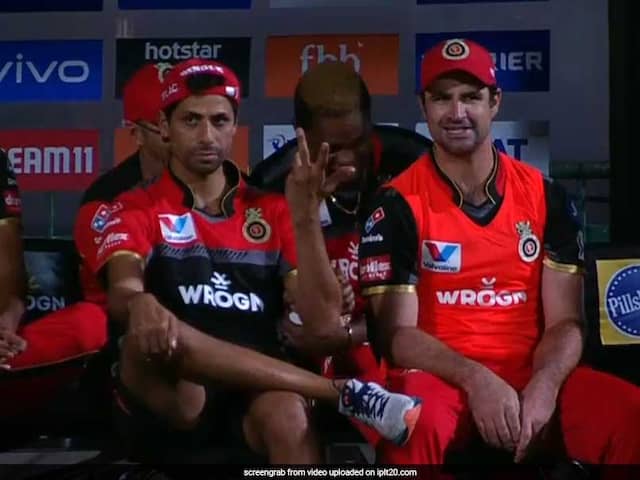 Dale Steyn brought his A-game to the Indian Premier League (IPL) clash between Royal Challengers Bangalore and Chennai Super Kings in Bengaluru on Sunday. Defending 161, Dale Steyn started at his ferocious best to get rid of Shane Watson and Suresh Raina in the first over. Watson looked to drive Steyn's outside off delivery and edged it to Marcus Stoinis at first slip. However, Raina had no response to South African's yorker as the ball went on between the legs and the bat to rattle the stumps. Skipper Virat Kohli was over the moon as Steyn removed two dangerous batsmen to put CSK on the back foot right from the outset. Watching the proceedings from the dugout, RCB bowling coach Ashish Nehra reacted to Dale Steyn's inch-perfect yorker that removed Suresh Raina with a hand gesture.

Raina gets Steyn Gunned and how

Here are some rib-tickling reactions from fans on Twitter

Dale Steyn, who has been roped in by RCB as a replacement for injured Australian fast bowler Nathan Coulter-Nile, struck in his very first over of IPL 2019 as he removed Kolkata Knight Riders' opener, Chris Lynn.

Steyn recorded figures of 2/40 in Kolkata as RCB claimed a 10-run win, their second of the season, to stay alive in the competition.

He has also played for SunRisers Hyderabad and Gujarat Lions in the IPL.

RCB, who suffered six losses in a row at the start of the season, were relying on Steyn to help them revive their lacklustre campaign and the pacer has not disappointed so far.

Dale Steyn IPL 2019 Cricket Royal Challengers Bangalore vs Chennai Super Kings, Match 39
Get the latest Cricket news, check out the India cricket schedule, Cricket live score . Like us on Facebook or follow us on Twitter for more sports updates. You can also download the NDTV Cricket app for Android or iOS.