The dismissal of Jos Buttler could have been adjudged out or not out. 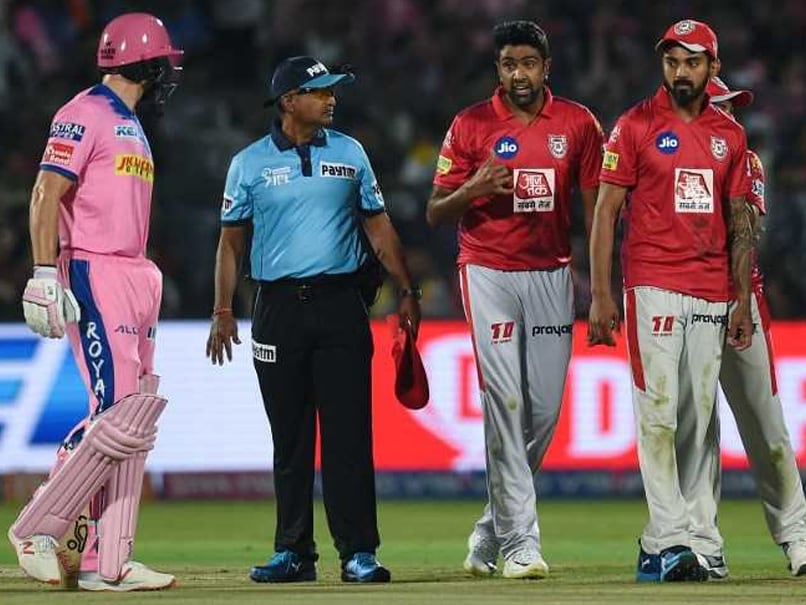 The incident sparked a debate because Jos Buttler was still in his crease when R Ashwin arrived.© AFP

The Marylebone Cricket Club (MCC), the cricket lawmakers, have released a statement regarding Ravichandran Ashwin's 'Mankad' run-out of Jos Buttler in the Indian Premier League (IPL), insisting that the rule is essential. Rajasthan Royals batsman Buttler, playing on 69, was run out at the non-striker's end by Kings XI Punjab bowler Ashwin on Monday. The method of dismissal is legal but is seen by many as going against the spirit of the game. "This law is essential. Without it, non-strikers could back up at liberty, several yards down the pitch and a law is needed to prevent such action," the MCC statement read on Tuesday.

The incident sparked a debate because Buttler was still in his crease when Ashwin arrived, only for the bowler to pull out of his action and wait for the wicketkeeper batsman to step forward before whipping off the bails.

The MCC tried to ease the tension by clarifying law 41.16.

"The crux of the issue is when the non-striker can safely leave his/her ground, and what the bowler can do to effect this form of dismissal without courting controversy.

"To clarify, it has never been in the laws that a warning should be given to the non-striker and nor is it against the spirit of cricket to run out a non-striker who is seeking to gain an advantage by leaving his/her ground early.

Moreover, the dismissal of Buttler could have been adjudged out or not out, subject to interpretation of when Ashwin would have been expected to release the ball.

"Some feel that Ashwin delayed his action to allow Buttler the chance to leave his ground and that Buttler was in his ground when he expected the ball to be released.

"If it was a deliberate delay, that would be unfair and against the spirit of cricket. Ashwin claims this not to be the case.

"The TV umpire had to make a decision and, under the law, it was understandable how he opted to give Buttler out.

"It is up to both teams to ensure that the game is played within both the laws and the spirit of cricket.

"Non-strikers must be careful not to gain an unfair advantage by leaving their ground early, while bowlers must act within the timeframe outlined in the law to effect a run-out under law 41.16."

Ravichandran Ashwin IPL 2019 Cricket
Get the latest updates on IPL 2021, check out the IPL 2021 Schedule and Indian Premier League Live Score . Like us on Facebook or follow us on Twitter for more sports updates. You can also download the NDTV Cricket app for Android or iOS.