Ravichandran Ashwin Gets Trolled For Captaincy Blunder Against KKR 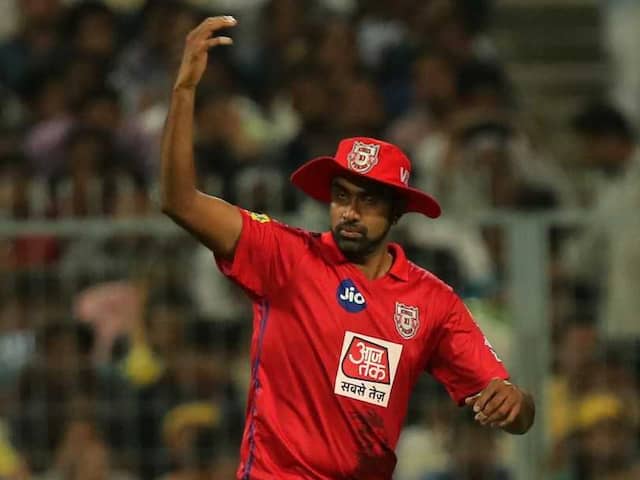 Ravichandran Ashwin was mercilessly trolled on Twitter for making a captaincy blunder during his team Kings XI Punjab's Indian Premier League (IPL) game against Kolkata Knight Riders on Wednesday. Ashwin, who was smashed for 47 runs in his four overs, was desperately trying to contain the hosts late in their innings. Mohammed Shami managed to nail power hitter Andre Russell for three with the score at 161/3 from 16.5 overs. But, Russell was recalled after the third umpire announced Ashwin's side had only three fielders inside the circle when they required four. The cost of the mistake was monumental as Russell exploded. With just 19 deliveries left in the entire innings he took his score from three to 48. He was caught on the fence in the final over but the damage was done as KKR finished 218/4 and comfortably defended the total with Kings XI Punjab managing 190/4.

Ashwin, who was widely criticised for 'mankading' Rajasthan Royals' Jos Buttler on Monday, faced more flak after the blunder in Kolkata.

Many Twitter users went on to say that Ashwin was hit by the karma bus as what he did to Buttler was unfair.

Here are some of the reactions

Ashwin this is what you call karma ?? #IPL12 #KKRvsKXIP

what u do with buttler its ur karma to hit u back very next match..

See Ashwin looking so frustrated after russel getting saved because of law of cricket. Karma hits back. ?? #KKRvKXIP pic.twitter.com/DERDQHq20e

Interestingly, the Marylebone Cricket Club's (MCC) backtracked from their original verdict on the 'mankad' controversy stating that Ashwin's dismissal of Buttler was "not within the spirit of the game".

Whereas, "This law is essential. Without it, non-strikers could back up at liberty, several yards down the pitch and a law is needed to prevent such action," the MCC statement read on Tuesday.

This incident was particularly contentious as Buttler was still in his crease when Ashwin arrived, only for the bowler to pull out of his action and wait for him to step forward before whipping off the bails.

Andre Russell IPL 2019 Cricket Kolkata Knight Riders vs Kings XI Punjab, Match 6
Get the latest Cricket news, check out the India cricket schedule, Cricket live score . Like us on Facebook or follow us on Twitter for more sports updates. You can also download the NDTV Cricket app for Android or iOS.