Mumbai Indians have been the team to beat in IPL history and the Sri Lankan great says they have worked hard on building a "culture of success". 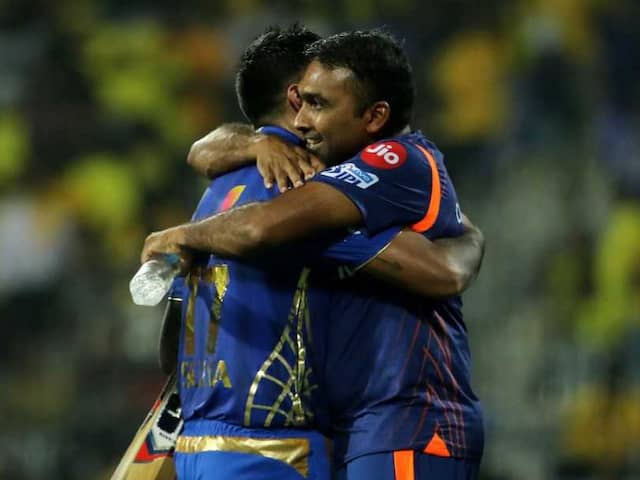 The presence of multiple match-winners and a penchant for making "honest" team selection led to the consistent success of Mumbai Indians in the IPL, feels coach Mahela Jayawardene. The mighty Mumbai Indians have been the team to beat in IPL history and the Sri Lankan great says they have worked hard on building a "culture of success". While leggie Mayank Markande did well for them last year, they replaced him with Rahul Chahar who repaid the faith with some match-winning performances.

An injured Lasith Malinga was the team mentor last year but this season he is one of the main bowlers. The team was also not afraid to drop veteran Yuvraj Singh for the young Ishan Kishan.

The others who can win the game for Mumbai Indians on their day are captain Rohit Sharma, Hardik Pandya, his brother Krunal, Kieron Pollard, Jasprit Bumrah, Suryakumar Yadav and opener Quinton de Kock, who has been their leading-run getter this season.

"That (multiple match-winners) is something we spoke about at the beginning of the season. It takes pressure off key players as well. When you have 7-8 guys who can win those little battles for you out there, it creates opportunities to win games. You require that in a tournament like this.

"Another factor is that opposition finds it difficult to plan when different guys are performing. That has helped us this season," said the former Sri Lanka captain ahead of the final in Hyderabad on Sunday.

On making tough selection calls, Jayawardene said: "Start of the season we started with Mayank but everyone thought Rahul was bowling better and we went with that option. The same way Lasith was injured last year, this year we felt he was back in form and was a great foil for Bumrah especially at the back end.

"It is a collective decision we make and sometimes it is not the easiest of decisions but as long as you are honest about it, it makes things easier."

Having invested in their group of players has also helped immensely, said Jayawardene, who was appointed Mumbai coach in November 2016.

"We have created that culture over the years and we try to keep the core group of player so they have the identity and passion to play for the team. And whenever the youngsters have been introduced, they walk into that culture as well. It is a unique transition for them and they play fearless cricket which is important in a tournament like this.

"We have also made a conscious effort to bring in players, both local and foreigners who can fit in with the core group. Individuals can win you games but good teams win you championships."

Talking about the progression of Hardik over the years, Jaywardene added: "Three years ago Hardik was a talented cricketer but he was finding his way in IPL cricket. Since then he has played for India including Test cricket. Spending time with the group of India players here (at MI), naturally you will learn a lot from that.

"Last year it was tough for him but it can happen. He is a confident player and we use him as an all-rounder. If everything goes well for him in a game, it is brilliant for us."

Mahela Jayawardene IPL 2019 Cricket Mumbai Indians vs Chennai Super Kings, Final
Get the latest Cricket news, check out the India cricket schedule, Cricket live score . Like us on Facebook or follow us on Twitter for more sports updates. You can also download the NDTV Cricket app for Android or iOS.