Mumbai Indians managed to stave off SunRisers Hyderabad for a crucial Super Over win on Thursday. 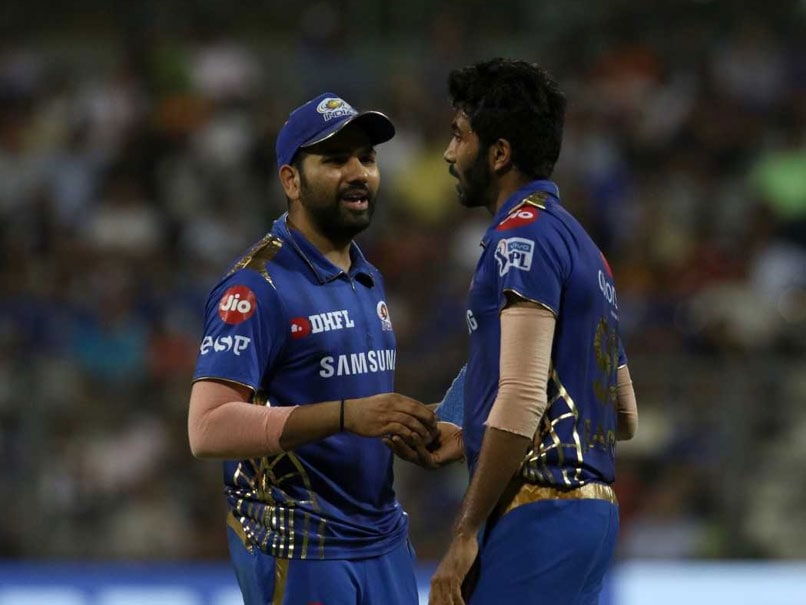 Mumbai Indians(MI) skipper Rohit Sharma has stated after the match against the SunRisers Hyderabad (SRH) that his side has a reliable bowling line-up which can defend targets. He also attributes their decision to bat first has been because of the playing conditions in the Wankhede Stadium which is facilitating the side batting first to have a better chance of winning the game, as well making the spinners more effective.

Speaking at the post-match conference, Rohit Sharma said, “This year the conditions have been such over here that the ball starts spinning in the second half because of the dew. If there is moisture in the pitch, so the spinners have more to gain.

“What we saw in the game against RCB (Royal Challenger Bangalore) over here (on April 15), we were chasing 170. In spite of scoring 70 runs in the first 6 overs, we struggled chasing that total, we know that we chased that total in the last over.

“So this year, the behaviour of the pitch over here has been up-and-down, so in such a situation, we decided that it's an important match, so we will put runs on the board by batting and defend it, because we know that we have a good bowling attack and we can defend it.

“We defended 170 against CSK (Chennai Super Kings) over here (on April 3), and today we had almost defended 160, it went into the Super Over, but we bowled well for 20 overs. Actually, 160 wasn't a huge score, but we bowled really well,” he added.

Rohit Sharma also said that it was necessary to apply pressure on SRH's batting line-up, on the backdrop of their well performing batsman in David Warner and Jonny Bairstow leaving the SRH squad to join their national teams to prepare for the World Cup.

“After those two players (David Warner and Jonny Bairstow) left, the rest haven't played too many games, so we knew that we had put pressure on their batting order. The experience in their batting order is a little bit missing, so even if we score 140-150 runs, it would be difficult for them to chase.”

MI defeated SRH as the match went into the Super Over when Manish Pandey scored a six off Hardik Pandya in the last ball of the final over, matching MI's score off 162 when they batted first. SRH went for the Super Over and scored 8 runs, which MI chased within 3 balls to qualify for the IPL playoffs.

Mumbai Indians play their final match of the IPL before the playoffs against the Kolkata Knight Riders on April 5 while SunRisers Hyderabad play their next match against the Royal Challengers Bangalore on April 4.

Jasprit Bumrah Hardik Pandya IPL 2019 Cricket
Get the latest updates on IND vs NZ 2021, check out the Schedule and Live Score . Like us on Facebook or follow us on Twitter for more sports updates. You can also download the NDTV Cricket app for Android or iOS.