Chennai Super Kings are taking on the youthful Delhi Capitals in the Qualifier 2 of IPL 2019 in Visakhapatnam. 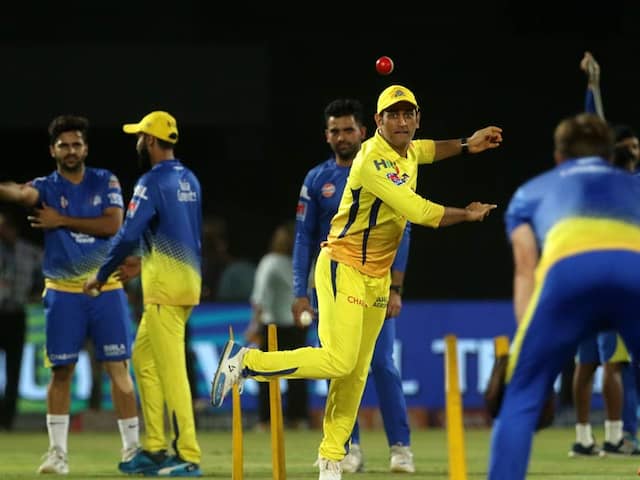 MS Dhoni's Chennai Super Kings (CSK) should take inspiration from Liverpool's sensational comeback win their Champions League tie against Barcelona, West Indies legend Viv Richards has said. Richards said CSK have to take out of Liverpool's book to tackle the youthful Delhi Capitals (DC) when the two sides face each other in the second Qualifier of Indian Premier League (IPL) 2019 on Friday. "This is a clash of experience against youth and DC's energy has made a big difference for them throughout the tournament," said Richards.

"CSK will have to match that energy in cricketing terms. They have plenty of experience and a guy like Dhoni with the kind of ability he has can single-handedly steer a game," said the 67-year-old former West Indies captain.

"But in these knockout games, team work often makes all the difference. Just look at how Liverpool beat Barcelona in the Champions League," he also said.

Liverpool came back from a 3-0 deficit in the first leg against Spanish champions Barcelona in the semi-final of the Champions League to win the match 4-3, a comeback that has been rated as one of the greatest ever in the tournament.

CSK were rampant in the group stage and were favourites to win Qualifier 1 against Mumbai Indians. But they ended up falling to a 6-wicket loss and now face Delhi Capitals on Friday. DC beat Sunrisers Hyderabad by two wickets in the Eliminator.

Liverpool Cricket
Get the latest updates on IPL 2020, check out the IPL Schedule for 2020 and Indian Premier League (IPL) Cricket live score . Like us on Facebook or follow us on Twitter for more sports updates. You can also download the NDTV Cricket app for Android or iOS.