The goal in the video, scored by Divock Origi, was the decisive one in the Liverpool vs Barcelona Champions League match. 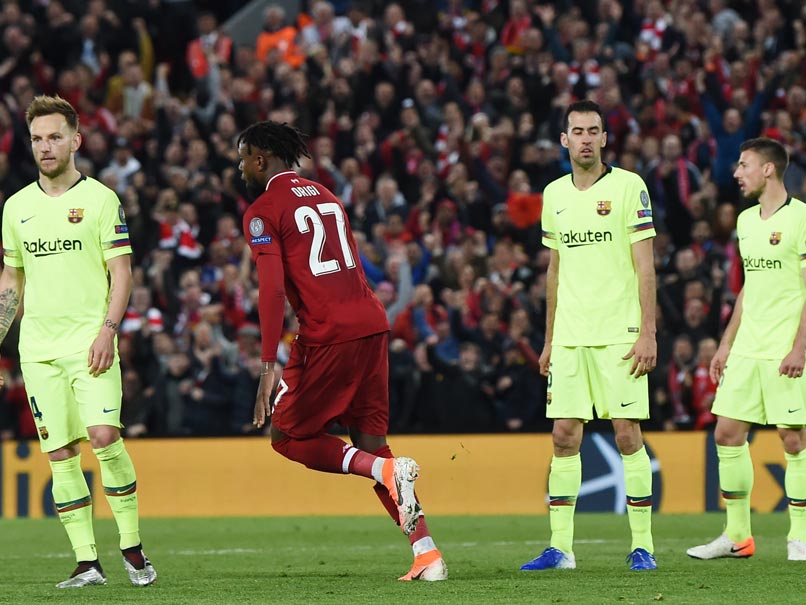 Liverpool scripted one of football's most miraculous comebacks in the Champions League semi-finalon Tuesday in overturning a 0-3 deficit from the first leg to beat Barcelona 4-0 at Anfield and thus progress to the final. Mumbai Police, in a tweet referring to the fourth goal of the night, which resulted from a quick corner kick taken by Trent Alexander-Arnold which caught the Barcelona defence napping, have urged people to take to heart lessons that can be learnt from the goal.

Be it the road to a final, or way back home - being distracted cost dear even to the mightiest. It can cost you dearly too. #SafetyGoals #LIVBAR pic.twitter.com/MizDdxNhSr

"Be it the road to a final, or way back home - being distracted cost dear even to the mightiest. It can cost you dearly too," read the tweet by Mumbai Police.

The goal in the video, scored by Divock Origi in the 79th minute, was the decisive goal of the night. Gerard Pique was the only Barcelona defender who got close to defending his goal as the unmarked Origi had an open net to shoot at, the rest left for dead at the pace with which the set-piece was executed.

After almost 170 minutes of action over the two legs of the tie, Liverpool had finally nosed ahead of Barcelona for the first time with the goal. It was a lead they would not relinquish.

Barcelona's lack of preparedness for the corner taken by Trent Alexander-Arnold, Liverpool's 20-year-old right back, and in general for the force with which Liverpool would come at them in the second leg has given the Spanish champions cause for grief.

Liverpool coach Jurgen Klopp said at the post-match press conference that even he had been taken aback by the fashion of the fourth goal. "I saw the ball flying in the net but I had no clue who took the corner and who scored. It was all too quick for me," he said.

Liverpool Trent Alexander-Arnold Divock Origi Football
Get the latest updates on IND vs NZ 2021, check out the Schedule and Live Score . Like us on Facebook or follow us on Twitter for more sports updates. You can also download the NDTV Cricket app for Android or iOS.