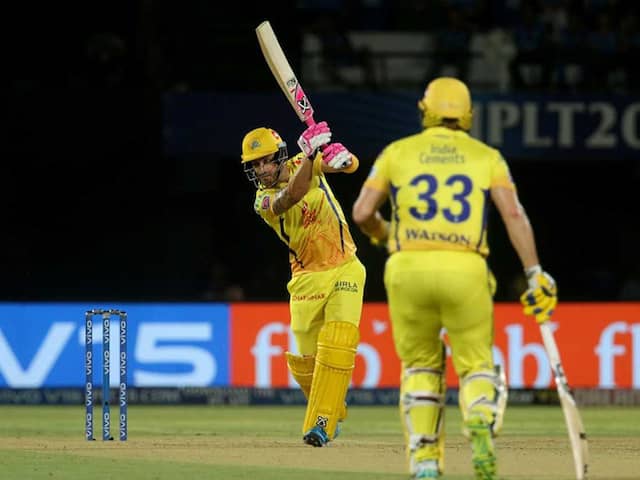 Chasing 148 to win, Chennai Super King (CSK) openers Faf du Plesis and Shane Watson batted sensibly upfront and didn't score much runs in first few overs. Once the ball got old they started to play their shots. du Plesis took the charge and changed the momentum in last two powerplay overs where he scored majority of 26 runs. He scored 50 off 39 balls and departed soon after completing his fifty. After his departure, Shane Watson changed gears and started hitting boundaries. He scored 50 off just 32 balls. Ambati Rayudu's run-a-ball 20 ensured CSK cross the line and reach their 8th IPL final. Earlier, after being invited to bat in Qualifier 2, Delhi Capitals (DC) got off to a poor start as both their openers were back in pavillion inside powerplay. Prithvi Shaw (5 off 6) could not emulate his last match performance and was the first one to depart. His partner Shikhar Dhawan (18 off 14) started brightly but couldn't carry on for long and fell in the 6th over. Colin Munro (27 off 24) was promoted up the order and he took his chances early on and hit few good shots. Despite that he struggled against spinners Chennai Super Kings spinners and ultimately was undone by Ravindra Jadeja.  Delhi skipper Shreyas Iyer too lofted the ball in the air trying to accelerate the innings. Rishabh Pant didn't get the necessary support as wickets kept falling for Delhi Capitals from one end. Pant batted sensibly and kept the scoreboard ticking. He scored 38 off 25 balls before getting out in the 19th over. Delhi Capitals finished their innings brightly as Ishant Shrama collected 10 runs off Ravindra Jadeja's final over. (SCORECARD)