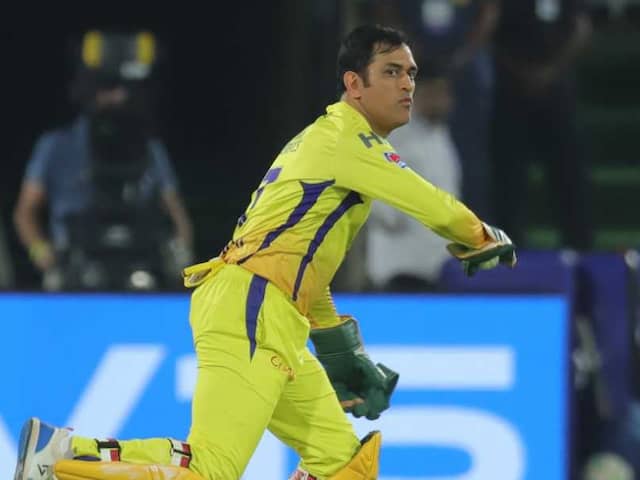 MS Dhoni achieved yet another milestone in the Indian Premier League (IPL).© BCCI/IPL

MS Dhoni achieved yet another milestone in the Indian Premier League (IPL) as he became the most successful wicket-keeper with 132 dismissals in the lucrative tournament. The Chennai Super Kings (CSK) skipper achieved this feat in the IPL 2019 final against Mumbai Indians in Hyderabad on Sunday after took the catches of openers Quinton de Kock and Rohit Sharma. Dhoni first a straightforward catch to dismiss the South Africa wicket-keeper batsman on 29 off Shardul Thakur. In the very next over, the former India captain dived forward to take a low catch that saw the back of his counterpart Rohit Sharma for 15.

MS Dhoni's involvement in getting rid of both the #MumbaiIndians openers takes him to 132 dismissals in #VIVOIPL - setting a new record.#MIvCSK pic.twitter.com/dACuk70Akw

Following Dhoni and Karthik in the most successful wicket-taker list is Robin Uthappa, who has 90 IPL dismissals to his name.

Put into bowl, Dhoni-led CSK dished out a disciplined bowling performance under pressure to restrict Mumbai Indians to 149/8.

Mumbai Indians ended up with a below-par total despite Kieron Pollard's unbeaten 25-ball 41. Deepak Chahar (3/26) was impressive once again and so was fellow pacer Shardul Thakur (2/37). The spinners, Harbhajan Singh (0/27) and Imran Tahir (2/23), too played a crucial role in limiting Mumbai Indians.

Both Chennai Super Kings and Mumbai Indians have clinched three IPL titles and each and are fighting for supremacy in the summit clash.

The attendance at the neutral venue was fitting for a final with more than 32,000 fans turning up.