Stuart Binny scored a rapid-fire 33 not out against Kings XI Punjab but could not guide Rajasthan Royals to a win. 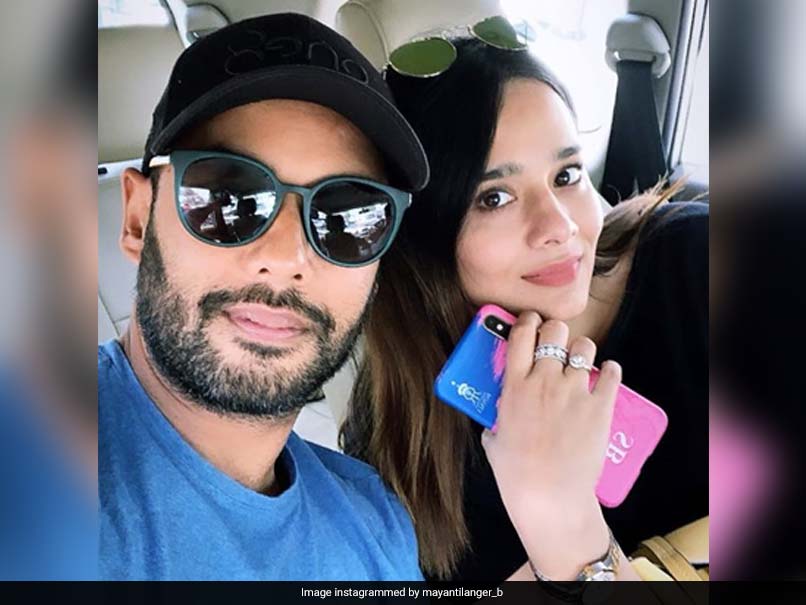 Mayanti Langer, one of the most popular sports presenters in India, has often become a target for trolls on social media. Mayanti, who is married to cricketer Stuart Binny, was once again pelted with criticism when Kings XI Punjab (KXIP) locked horns with Rajasthan Royals (RR) in an Indian Premier League (IPL) match in Mohali on Tuesday. Stuart Binny, batting for the first time in IPL 2019, hit three massive sixes and two fours during his unbeaten knock of 33 but it was not enough for Rajasthan Royals to seal a victory against Kings XI Punjab. Chasing 183 to win, the visitors could only manage 170 runs to finish 12 runs short.

Following Stuart Binny's blistering knock, Mayanti Langer took to Twitter to hit back at a troll who inquired about the whereabouts of her husband.

Mayanti came up with a befitting reply and said that she is sorry that the troll missed Binny's splendid innings against KXIP.

Sorry that you seemed to have missed #KXIPvRR on @StarSportsIndia you can join us on #MarutiSuzukiCricketLive on SS 1/2/Hindi/HD and of course @hotstartweets Cheers https://t.co/Jv59z4xOXZ

Mayanti also had a stunning reply for another troll who took a dig at Binny not being in her display picture.

Really Navneet? Considering you don't have my number you don't know what the picture actually is but thanks a ton for digging out this one, it's a super pic https://t.co/kgmgm6qBhT

As far as the match is concerned, put in to bat by Ajinkya Rahane, Kings XI Punjab rode on a half-century by KL Rahul and a couple of sixes by skipper Ravichandran Ashwin to post a competitive 182 for six.

Rajasthan Royals managed to score 170 for seven in their allotted 20 overs and suffered a 12-runs defeat in Mohali.

With this, KXIP registered a season double triumph over Rajasthan Royals as the latter were thrashed by 14 runs earlier in the home-leg in Jaipur.

After this win, KXIP Punjab grabbed the fourth spot in the points table with 10 points to keep play-off hopes alive.

However, it was Rajasthan's sixth loss and they will need to pull up their socks if they have to salvage any hopes of making it to the knockout stage.

Stuart Binny IPL 2019 Cricket Kings XI Punjab vs Rajasthan Royals, Match 32
Get the latest updates on IPL Auction 2023 and check out  IPL 2023 and Live Cricket Score. Like us on Facebook or follow us on Twitter for more sports updates. You can also download the NDTV Cricket app for Android or iOS.