Royal Challengers Bangalore (RCB) have been inconsistent in the IPL 2019 with both their bowling and batting faltering in many occasions. 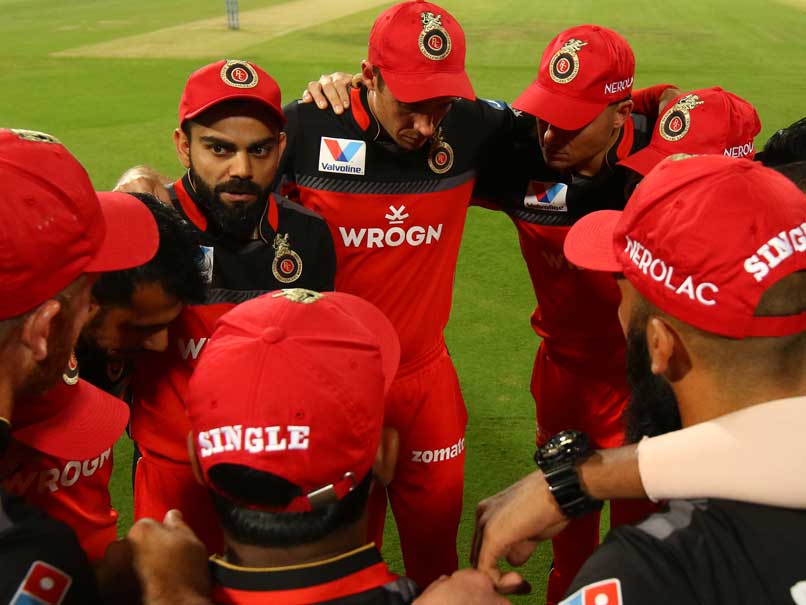 Virat Kohli-led Royal Challengers Bangalore (RCB) have got off to a horrific start.© BCCI/IPL

Virat Kohli-led Royal Challengers Bangalore (RCB) have got off to a horrific start in the Indian Premier League (IPL) 2019, losing six matches on trot, and will find themselves in a must-win situation when they face Kings XI Punjab (KXIP) at the Punjab Cricket Association IS Bindra Stadium in Mohali. RCB slumped to their sixth straight loss after going down against Delhi Capitals in their IPL match last Sunday. Kohli, who was recently named the Leading Cricketer of the Year for the third successive time by Wisden Almanack, will hope that fortunes finally knock at the doors of RCB as they need to win all their next eight matches to salvage any hope of making it to the play-off.

RCB have been inconsistent with both their bowling and batting faltering in many occasions.

The RCB bowlers had allowed SunRisers Hyderabad to post a mammoth 232 with centuries from Jonny Bairstow and David Warner before they were skittled out for 113 to lose the match by a massive 118 runs.

Against Kolkata Knight Riders, despite AB de Villiers and Kohli scoring 63 and 84 respectively, RCB bowlers failed to defend 205 with KKR riding on Andre Russell's explosive knock of 13-ball 48 to romp home. Yuzvendra Chahal has been their top bowler with nine wickets but rest of the bowling line-up conceded far too many runs.

RCB's batting too has looked equally inconsistent. In their first match against Chennai Super Kings, RCB were bowled out for a paltry 70 in 17.1 overs after their top-order crumbled against Harbhajan Singh and Imran Tahir.

In their last match against Delhi, barring Kohli's 33-ball 41 and Moeen Ali's 18-ball 32 cameo, RCB's ordinary batting display took the side to a modest 149/8, a target which was easily achieved by DC.

KXIP, on the other hand, have won four matches out of seven but they have maintained dominance on home ground.

However, Punjab failed to defend 197 against Mumbai Indians in their last match with Kieron Pollard's knock of 31-ball 83 blowing them away.