As per the Operational Rules of IPL, no team official can act in a manner which brings disrepute to the team, the league, the BCCI or the game on or off the field. 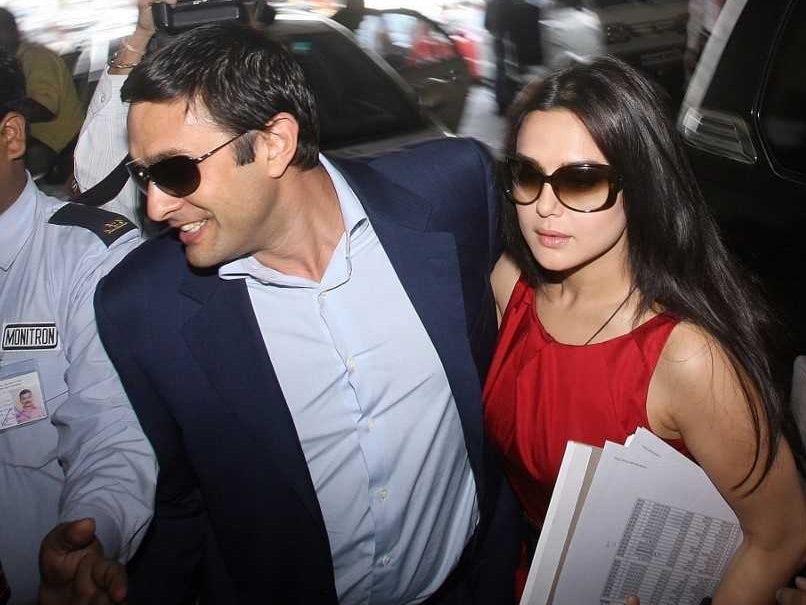 Ness Wadia was arrested at the New Chitose Airport in the northern Japanese island of Hokkaido.© AFP

Kings XI Punjab co-owner Ness Wadia was sentenced to two years in jail by a Sapporo court in Japan after his arrest while on a skiing holiday there. The punishment was later suspended for five years. Ness Wadia was arrested at the New Chitose Airport in the northern Japanese island of Hokkaido. He admitted to drug possession, about 25 gm of which appeared to be cannabis resin, but argued that the drug was meant strictly for personal use. This could mean trouble for the Indian Premier League (IPL) franchise. As per the Operational Rules of IPL, no team official can act in a manner which brings disrepute to the team, the league, the BCCI or the game on or off the field. If guilty, the persons action can even lead to suspension of the team.

Citing the manner in which Chennai Super Kings (CSK) had to bear the brunt for the acts of the team principal, a senior BCCI functionary said that KXIP could be in deep trouble.

"The KXIP are unfortunately looking at suspension as a best case scenario and termination as a worst case scenario due to the conviction of an owner in a criminal case of drug possession.

"No less than the Lodha panel had suspended the CSK for two years because their team official was accused of betting. In this case we have an owner convicted of drug possession by a criminal court. If he was a state cricket official he would have stood disqualified from holding office automatically.

"This also exposes the discriminatory provisions of the new BCCI constitution which is draconian for a state association but doesn't put any restriction on a franchise official even though IPL performances clearly matter more for selection to the Indian team than Ranji performances," the functionary told IANS.

As per the IPL Operational Rules accessed by IANS, clause 14 of section 2 of the IPL Operational Rules state that each person subject to the operational rules shall not, whether during a match or otherwise, act or omit to act in any way which would or might reasonably be anticipated to have an adverse effect on the image and/or reputation of any Team, any Franchisee, any Player, any Team Official, the BCCI, the League and/or the Game or which would otherwise bring any of the foregoing into disrepute.

It further state that the ombudsman and the commission may suspend a team or franchisee from the league if any person representing the team/franchise breaches clause 14 of section 2.

While adjudicating in the IPL betting matter against CSK and Rajasthan Royals, the Lodha panel had taken into consideration section 4, rule 1.1 of the Operational Rules, which puts strict obligations on each franchisee that its team officials complies with the regulations.

This was to ensure that cricket should be played not only within the laws, but also within the spirit of game and nothing was done by its representatives (Team Officials), players and etc on the field or off the field which is contrary to the spirit of the game or which adversely affects the reputation of the game.

This saw the Lodha panel not just ban CSK team principal Gurunath Meiyappan and RR co-owner Raj Kundra for life from any matches conducted by BCCI, but also suspended CSK and RR for two years.

It is this precedent that is set to haunt the KXIP since CSK had been suspended for two years despite there being no adverse finding of misconduct against any player or the team.

In fact, even as per the Lodha report, RR was suspended for Kundra's act of bringing the game into disrepute by betting and the three players' case wasn't the focal point in deciding the quantum of punishment.

Whereas, in this particular case, a team owner has actually been convicted of a criminal offence.

A BCCI executive said that it was strange that no statement had been made on such a matter by CEO Rahul Johri.

"It has been 24 hours and one has not heard a peep out of the BCCI CEO on a matter of this magnitude. Are we looking at a scenario where every transgression is becoming an opportunity for someone to try and build friendships at the cost of BCCI's image and the purity of the game and its administration?" the executive questioned.

Sadly, even the Supreme Court-appointed Committee of Administrators (CoA) have not issued a statement on the matter even though the reputation of the league and the board is clearly at stake.

Kings XI Punjab IPL 2019 Cricket
Get the latest updates on IND vs NZ 2021, check out the Schedule and Live Score . Like us on Facebook or follow us on Twitter for more sports updates. You can also download the NDTV Cricket app for Android or iOS.