Jonny Bairstow Makes A Statement Ahead Of World Cup 2019 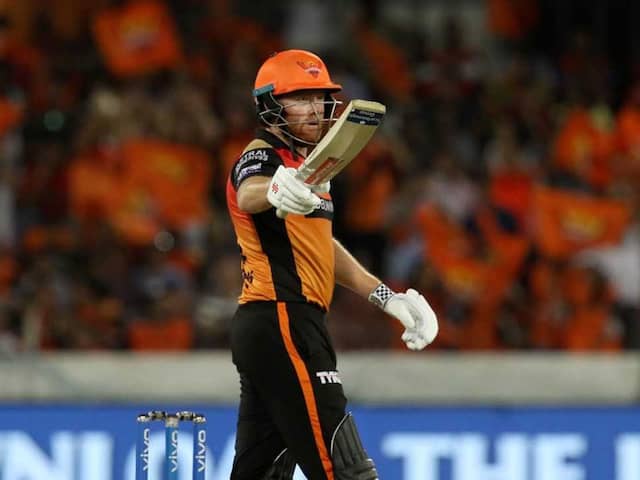 Jonny Bairstow displayed his batting prowess in the IPL 2019.© BCCI/IPL

Jonny Bairstow displayed his batting prowess in the Indian Premier League (IPL) 2019 to become the highest run-scorer on debut. Bairstow, who is set to leave SunRisers Hyderabad (SRH) on April 23 to join the England national camp for the World Cup, scored 445 runs in the IPL 2019 with two half-centuries and a century to his name. The 29-year-old was also instrumental with an unbeaten 80 in SRH's last win over Kolkata Knight Riders (KKR).

Bairstow's 445 runs in IPL 2019 come at an average of 63.57. The wicketkeeper-batsman while opening the innings for SunRisers Hyderabad also maintained a brilliant strike rate of over 158.

Ahead of his departure from the IPL, Bairstow said England will play a lot of cricket in the run up to the World Cup 2019.

"We get back after the Chennai game on April 23. Then we've got the World Cup camp. We then play Pakistan in the five-ODI series and then we've got two warm-up matches in which we play Afghanistan and Australia. And then we go into the World Cup," Bairstow was quoted as saying by icc-cricket.com.

"It's a lot of cricket leading into the World Cup. And then we've got five Ashes Tests after that."

England will then begin their World Cup campaign against South Africa on the inaugural day of the marquee tournament.

Sunrisers Hyderabad Jonny Bairstow IPL 2019 Cricket
Get the latest Cricket news, check out the India cricket schedule, Cricket live score . Like us on Facebook or follow us on Twitter for more sports updates. You can also download the NDTV Cricket app for Android or iOS.