Manoj Tiwary was left unsold at the IPL 2019 Auction in Jaipur. 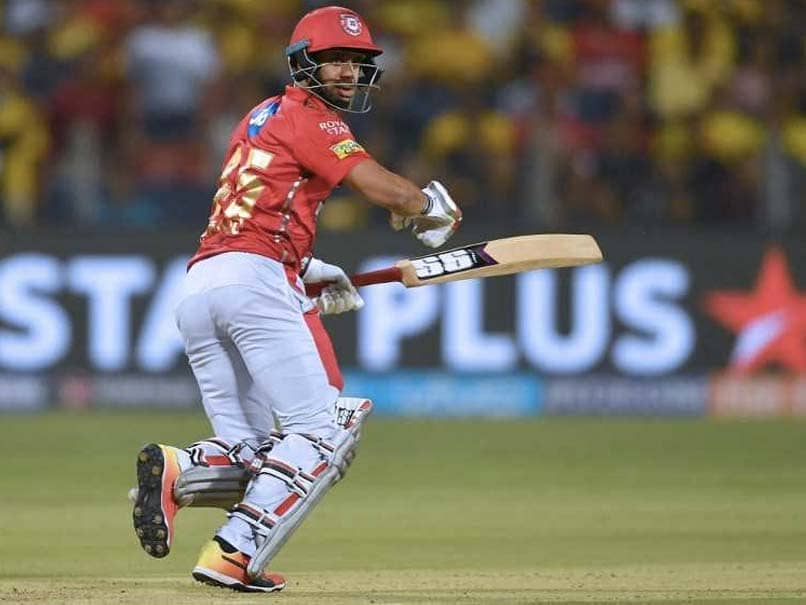 Indian batsman Manoj Tiwary, who went unsold during the Indian Premier League (IPL) 2019 auction, took to Twitter to express his disappointment as he found no buyers in Jaipur on Tuesday. The right-handed batsman shared pictures of his past records and trophies and questioned what he did wrong after he was not considered for selection by any team. "Wondering wat went wrong on my part after getting Man of a match award wen I scored a hundred 4 my country and got dropped for the next 14 games on a trot ?? Looking at d awards which I received during 2017 IPL season, wondering wat went wrong ???" Tiwary tweeted.

Tiwary, who was the first one to go under the hammer in Jaipur, has played in all the editions of the IPL, except 2016.

Tiwary's snub came just a month after he scored a double-century for Bengal against Madhya Pradesh in a Ranji Trophy match, followed by a half-century against Kerala.

Tiwary, in another post on Wednesday, thanked his fans for their support and asked his detractors to step into his shoes before commenting about his current situation.

"Really appreciated the fact that U al have shown so much love nd care through ur replies to my last tweet. Still I cannot digest that fact that I won't be part of IPL 2019 this coming season but I know that's the reality in which I have to live now and move on from hereand keep focusing on the things which I can control," he wrote.

"And to the ones who al have criticized me, I request you to first get into my shoe nd than start making such comments for me. The experiences which I have gone through I don't think anyone has gone through it and I will open up about it later in my future for sure or may be earlier," he added.

Tiwary, who played 12 One-day Internationals (ODIs) and 3 Twenty20 Internationals (T20Is) for India, received the man of the match award for scoring 104 runs in an ODI against the West Indies in Chennai in December 2011.

But in IPL 2018, he played only five games for Kings XI Punjab and scored just 47 runs.

Manoj Tiwary Cricket IPL 2019
Get the latest updates on India vs England Series, India vs England , live score and IPL 2021 Auction . Like us on Facebook or follow us on Twitter for more sports updates. You can also download the NDTV Cricket app for Android or iOS.