Jasprit Bumrah will be seen in action with the Mumbai Indians in IPL 2019 while Virat Kohli will captain the Royal Challengers Bangalore. 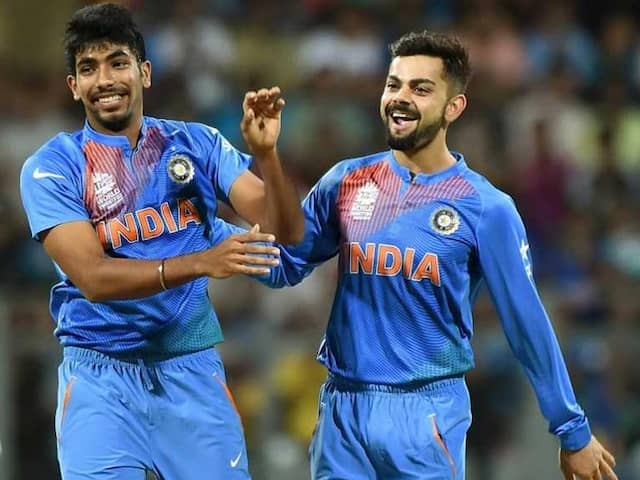 Jasprit Bumrah has thrown down a challenge to Virat Kohli ahead of IPL 2019.© AFP

IPL 2019 is around the corner and the mind games have already begun. Players, who have spent a long time together with their national teams, will now be pitted against each other. One such case is that of Jasprit Bumrah, who will be key for Mumbai Indians this season, and Virat Kohli, captain of the Royal Challengers Bangalore. In a promotional video for IPL 2019 posted by the tournament's official Twitter handle, Jasprit Bumrah is seen throwing down the gauntlet to Virat Kohli.

Bumrah, though, will have to wait for his chance to come up against Virat Kohli.

The IPL 2019 will start on March 23 with MS Dhoni's Chennai Super Kings (CSK) squaring off against Virat Kohli's Royal Challengers Bangalore (RCB) in the tournament opener at the M.A. Chidambaram Stadium.

Bumrah's first shot at taking on Virat Kohli will come on March 28 when Royal Challengers Bangalore host the Mumbai Indians at the M. Chinnaswamy Stadium in Bengaluru.

Earlier this week, the Indian Premier League (IPL) released the schedule for the first two weeks, of the 12th season of the cash-rich Twenty20 league.

But the schedule is still subject to the announcement of the Lok Sabha 2019 election dates.

A total of 17 matches will be played across the eight home venues of the respective IPL franchises during the two week period.

Virat Kohli Cricket IPL 2019
Get the latest Cricket news, check out the India cricket schedule, Cricket live score . Like us on Facebook or follow us on Twitter for more sports updates. You can also download the NDTV Cricket app for Android or iOS.