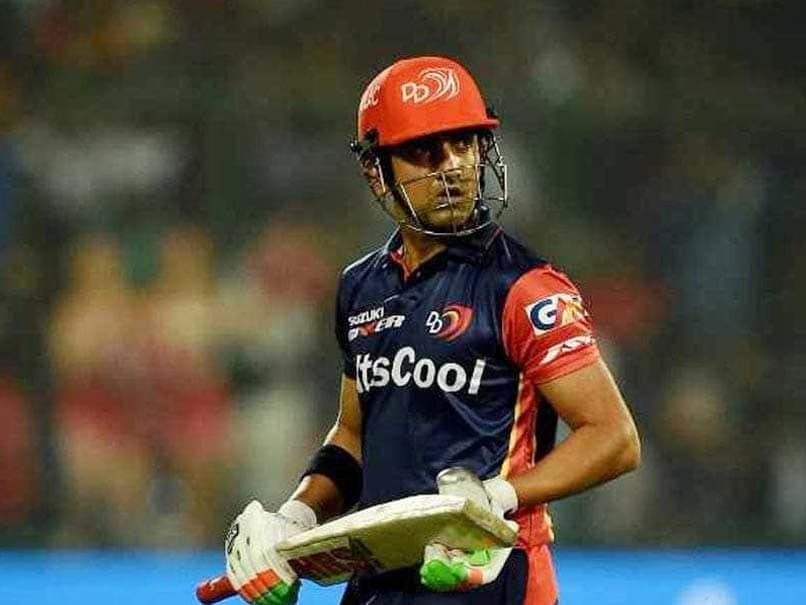 Gautam Gambhir was released by Delhi Daredevils ahead of IPL 2019. (File picture)© AFP

Gautam Gambhir was released by the Indian Premier League (IPL) franchise Delhi Daredevils (DD) for the upcoming 2019 season on Thursday. Along with Gambhir, Indian players Mohammed Shami, Sayan Ghosh, Gurkeerat Singh Mann and Naman Ojha have also been released by DD. And Jason Roy, Junior Dala, Liam Plunkett, Daniel Christian, Glenn Maxwell were the casualties in the list of international players. Shreyas Iyer, Rishabh Pant, Prithvi Shaw are among the Indian players retained by the Delhi-based franchise. In total, DD have released 10 players and retained 14 players to keep the core intact.

DD have also traded in Shikhar Dhawan from SunRisers Hyderabad. In news from other franchise, Royal Challengers Bangalore (RCB) have retained captain Virat Kohli, AB de Villiers, Nathan Coulter-Nile, Tim Southee among others. And Brendon McCullum, Chris Woakes, Corey Anderson were among the players who were released by the Bengaluru-based franchise.

"Thank you guys for a wonderful IPL 2018. It was great having all of you at Bengaluru," the official account of RCB tweeted.

SunRisers Hyderabad have retained Australia's David Warner while Wriddhiman Saha, Alex Hales, Carlos Brathwaite were among the released players for the 12th edition of the cash-rich league.

Virat Kohli Cricket IPL 2019
Get the latest updates on India vs South Africa and check out  Schedule, Results and Live Score. Like us on Facebook or follow us on Twitter for more sports updates. You can also download the NDTV Cricket app for Android or iOS.