Watch: Gautam Gambhir Gets Run-Out Like A "Kid", Trolls Himself

Gautam Gambhir had earlier stepped down from the captaincy role of Delhi Ranji team. 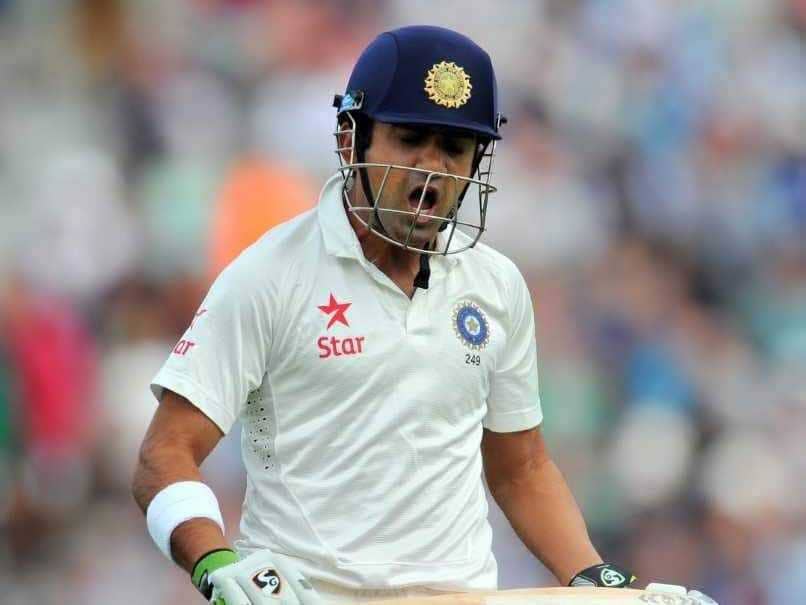 Gautam Gambhir was left frustrated after a poor umpiring decision ruled him out in the first innings of the Ranji Trophy match against Himachal Pradesh. However, in the second innings Gambhir could only blame his laziness which led to his run-out. The incident took place in the 20th over of the match when Delhi opener Gautam Gambhir took his time to ground his bat and was run out by Rishi Dhawan. Later, on the occasion of Children's Day, the 37-year-old took to Twitter and made fun of the incident.

Gambhir in the Tweet said, "Anaiza to Aazeen: Didi, how did papa celebrate Children's Day? Aazeen replied: Well, today in the Ranji Trophy match he got run out like a kid!!!!"

Anaiza to Aazeen: Didi, how did papa celebrate Children's Day?
Aazeen replied: Well, today in the Ranji Trophy match he got run out like a kid!!!!
Papa: @natashagambhir2 #ChildrensDay pic.twitter.com/qUDKXgFYht

In the first inning, Gambhir looked in good touch from the onset, hitting eight boundaries in his 44-run knock, which was brought to an end by a questionable umpiring decision.

The incident took place in the 17th over of the match when Gautam Gambhir tried to defend the delivery from Himachal Pradesh spinner Mayank Dagar before it took the pads and ended in the hands of Priyanshu Khanduri fielding at short leg.

Gambhir had earlier stepped down as the captain of the Delhi Ranji team.

Gambhir said that he has requested The Delhi and District Cricket Association (DDCA) not to consider him for the role in ongoing Ranji Trophy season.

Nitish Rana is leading the Delhi Ranji Team in the ongoing Round 2, Elite Group B match against Himachal Pradesh.