The IPL 2019 season gets underway from March 23 and Mumbai Indian take on Delhi Capitals on March 24 in their first match. 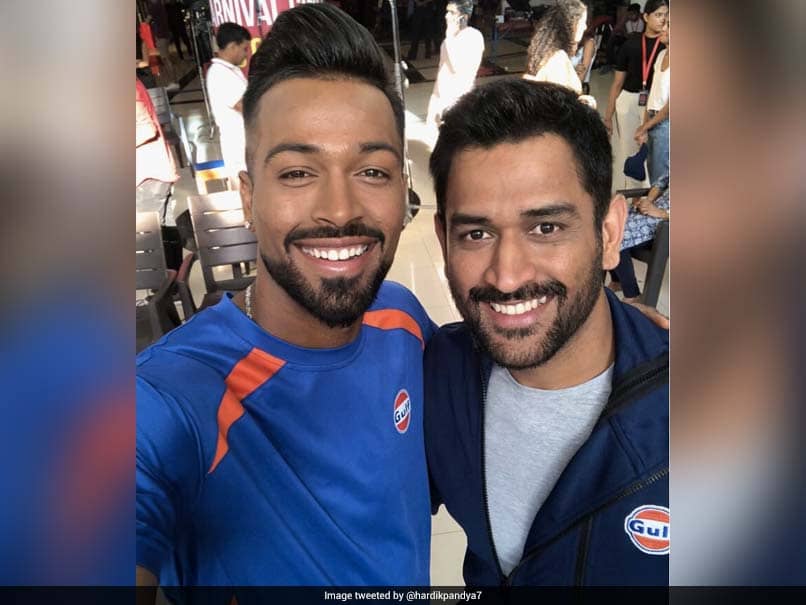 Hardik Pandya has been associated with Mumbai Indians since 2015.© Twitter

Hardik Pandya, who was ruled out of India's just-concluded limited-overs series against Australia due to lower back stiffness, resumed training at the pre-season camp of his Indian Premier League (IPL) franchise Mumbai Indians. The seam bowling all-rounder took to Twitter to let his fans know about his progress. Hardik Pandya posted a video in which he can be seen playing MS Dhoni's trademark 'Helicopter shot' in the nets. "Guess my inspiration behind this shot?" Pandya captioned the video.

Guess my inspiration behind this shot? pic.twitter.com/9mwQ6uNg3g

The 25-year-old recently found himself in the dock for making sexist comments on a TV chat show. He bragged about his encounters with multiple women on the show in January with teammate KL Rahul sitting next to him.

The duo was ordered to return from India's tour of Australia.

But Pandya returned from suspension to play in the New Zealand limited-overs series.

Hardik Pandya has been associated with Mumbai Indians since 2015 and has been one of the key players for the three-time IPL champions.

In spite of their lackadaisical performance last year, the franchise led by Rohit Sharma is one of the most successful teams in the tournament.

Mumbai Indians, eyeing their fourth IPL title, will be one of the favourites to win in 2019 as their squad looks well balanced, with a good mix of experience and youth.

Mumbai Indians will open their campaign against Delhi Capitals on March 24 at the Wankhede Stadium.

MS Dhoni IPL 2019 Cricket
Get the latest updates on IPL 2020, check out the IPL Schedule for 2020 and Indian Premier League (IPL) Cricket live score . Like us on Facebook or follow us on Twitter for more sports updates. You can also download the NDTV Cricket app for Android or iOS.