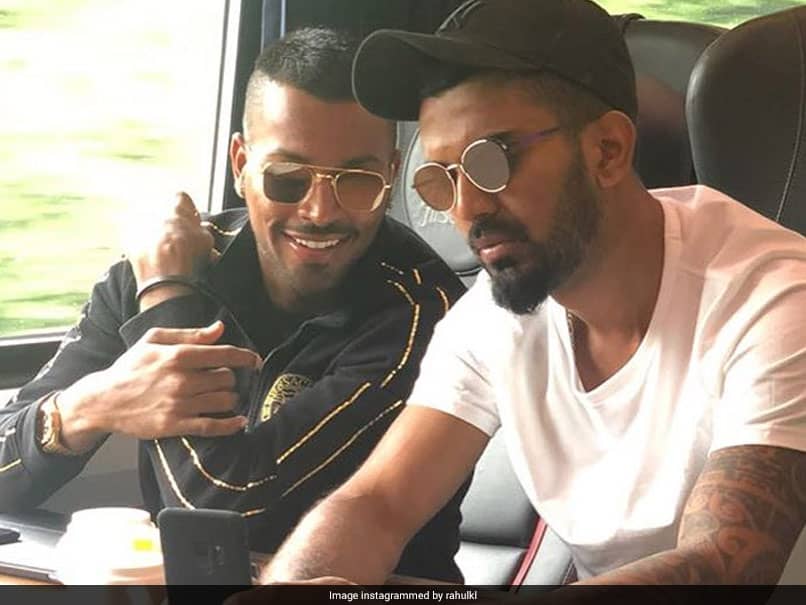 The COA will refer the investigation into Hardik Pandya and K L Rahul's loose talk.© Instagram

The Committee of Administrators (COA) running Indian cricket will refer the investigation into Hardik Pandya and KL Rahul's loose talk on women to the BCCI's newly-appointed Ombudsman DK Jain during a meeting in New Delhi on Thursday. Rahul and Pandya were provisionally suspended for their sexist remarks on a popular TV show but their suspension was eventually revoked pending an inquiry. Now that the Ombudsman has been appointed by the Supreme Court to resolve disputes, he will take a call on the case involving Rahul and Pandya.

"This is the first full fledged meeting of the COA after the appointment of the Ombudsman. We would be discussing various issues," COA Chairman Vinod Rai told PTI without getting into the specifics of the Rahul and Pandya controversy.

Jain, a former Supreme Court judge, on Tuesday told PTI that he was waiting for the COA to refer him any matter, including Pandya and Rahul's case.

Both Pandya and Rahul were sent home from the tour of Australia following their controversial remarks which triggered a massive controversy.

Thursday will also be the first time that the latest member of the COA, Lt General Ravi Thodge, will be attending a meeting in person. Thodge, who was appointed last month, attended the previous meeting over phone. Rai and Diana Edulji are the other two COA members.

Another matter likely to be discussed at the meeting is the BCCI receiving a cold shoulder from the International Cricket Council following its letter to the governing body that urged the ICC and its member nations to sever ties with countries which harbour terror.

The ICC turned down BCCI's request saying it has no role to play in matters like these. Besides, matters relating to the IPL starting March 23, will be discussed.

The BCCI, which has announced the schedule for the first two weeks of the IPL, is awaiting the dates of general elections to work out the complete schedule of the lucrative league.

"Financial and scheduling matters regarding the IPL will be discussed at the meeting," a BCCI source told PTI.

Lokesh Rahul Hardik Pandya Cricket
Get the latest updates on India vs England Series, India vs England , live score and IPL 2021 Auction . Like us on Facebook or follow us on Twitter for more sports updates. You can also download the NDTV Cricket app for Android or iOS.