Hardik Pandya is expected to be key to India's chances at the World Cup starting May 30 in England and Wales. 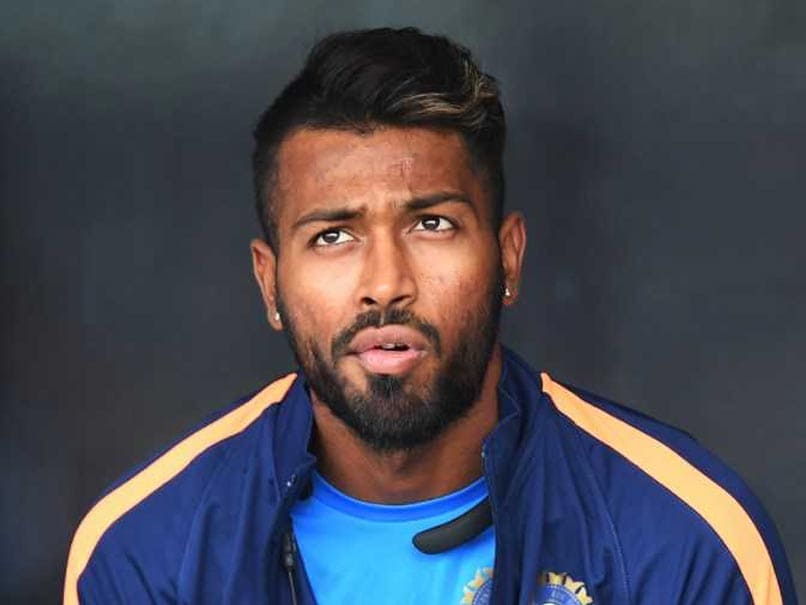 Hardik Pandya will begin his strength work from next week.© AFP

Hardik Pandya has been ruled out of the upcoming limited overs series against Australia due to lower back stiffness, the Board of Control for Cricket in India (BCCI) said on Thursday. India and Australia are due to play a two-match Twenty20 International (T20I) series and a five-match One-day International (ODI) series, starting February 24 in Visakhapatnam. Ravindra Jadeja has been called in as Pandya's replacement for the ODIs.

"Team India all-rounder Mr. Hardik Pandya has been ruled out of the forthcoming T20I & ODI series against Australia due to lower back stiffness," the Board of Control for Cricket in India (BCCI) said in their official statement.

"The BCCI Medical team decided to rest the all-rounder and let him undergo strength and conditioning work for his lower back at the National Cricket Academy (NCA) in Bengaluru. Mr. Pandya will begin his strength work from next week," the statement added.

"The T20I squad will now consist of 14 members. Mr. Ravindra Jadeja has been named replacement for Hardik Pandya for the 5 ODIs," further added the statement.

Pandya is expected to be key to India's chances at the World Cup starting May 30 in England and Wales.

The 25-year-old recently found himself in the dock for making sexist comments on a TV chat show.

Pandya bragged about his encounters with multiple women on the programme in January with teammate KL Rahul sitting next to him.

The duo were ordered to return from India's tour of Australia.

But Pandya returned from suspension to play in the New Zealand limited-overs series which concluded earlier this month.

As far as the series against Australia is concerned, the T20Is begin on 24th February in Visakhapatnam before moving to Bengaluru's Chinnaswamy Stadium for the second and final game of the series.

On the other hand, Virat Kohli returns to lead India after having been rested for two ODIs and the T20I series in New Zealand.

Australia Cricket Team Cricket Hardik Pandya India vs Australia, 2018/19
Get the latest updates on India vs South Africa and check out  Schedule, Results and Live Score. Like us on Facebook or follow us on Twitter for more sports updates. You can also download the NDTV Cricket app for Android or iOS.