The limited overs series between India and Australia begins on 24th February in Visakhapatnam. 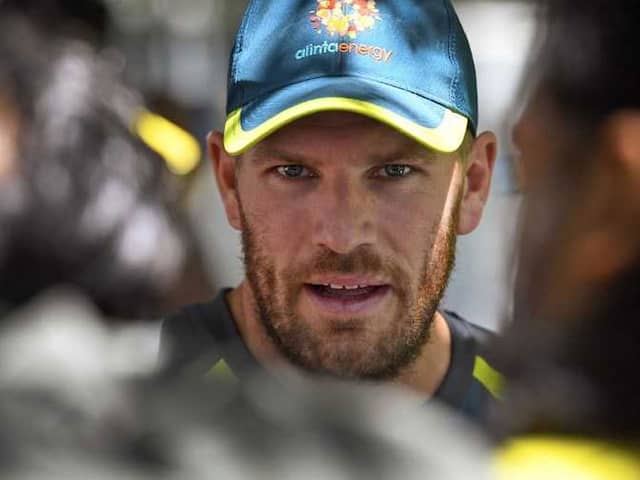 Aaron Finch is brimming with confidence ahead of the upcoming series against India.© AFP

Australia's limited overs skipper Aaron Finch, who led Melbourne Renegades to the Big Bash League title on Sunday, is brimming with confidence ahead of the upcoming series against India, starting February 24. Finch says his team has a clear game plan chalked out to tackle Virat Kohli's unit in the two Twenty20 Internationals (T20I) and five One-day Internationals (ODIs). "I don't think you need anything to put a pep in your step when you're going on an Aussie tour, particularly to India," Finch said.

"If you're slightly off the mark you're going to get hurt.

"They're the best side in one-day cricket in their own conditions, I think. So you've got to go there full of confidence and have a real clear game plan," Finch added.

They lost seven wickets for 19 runs in one of the biggest capitulations in Australian cricket history, and Maxwell admitted it left him "pretty shattered".

Chasing 146 to win at Docklands Stadium, Maxwell's men were cruising at 93 without loss before dramatically collapsing to throw away the game.

As far as India series is concerned, the T20Is begin on 24th February in Visakhapatnam before moving to Bengaluru's Chinnaswamy Stadium for the second and final game of the series.

On the other hand, Virat Kohli returns to lead India after having been rested for two ODIs and the T20I series in New Zealand.

Aaron Finch Cricket India vs Australia, 2018/19
Get the latest Cricket news, check out the India cricket schedule, Cricket live score . Like us on Facebook or follow us on Twitter for more sports updates. You can also download the NDTV Cricket app for Android or iOS.