KL Rahul and Rishabh Pant have been included in the T20I and ODI squads against Australia in a series which will be a run-up to the World Cup 2019. 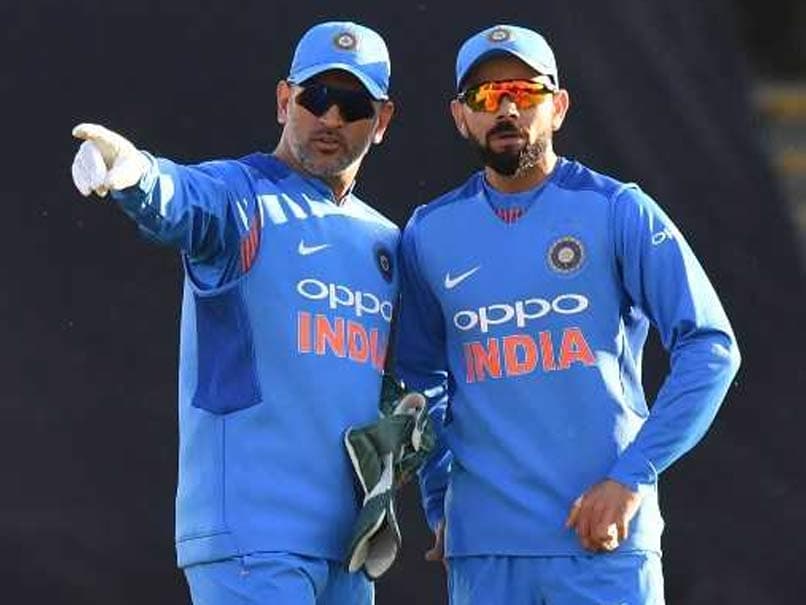 Virat Kohli will lead India in the T20I and ODI series against Australia.© AFP

Virat Kohli will lead India in the Twenty20 International (T20I) and One-Day Internationals (ODI) series against Australia as the Board of Control for Cricket in India (BCCI) announced the squads on Friday. India will host Australia in the two-match T20I series, starting on February 24 in Visakhapatnam. The two sides will later face each other in a five-match ODI series which will get underway from March 2 in Hyderabad. KL Rahul and Rishabh Pant have been included in the T20I and ODI squads ahead of the World Cup 2019.

Rahul fought his way back after a couple of good innings for India A against England Lions in the two unofficial Tests, which concluded hours before the national selection committee met here. Battling indifferent form in Australia, the opener was called back after the unsavoury comments on women in a TV talk show, following which he was asked to regain his form by concentrating on domestic cricket.

The 21-year-old Markande was rewarded soon after his five-wicket haul, which powered India A to an innings and 68-run victory over England Lions in the second unofficial Test. He has also been a part of the IPL franchise Mumbai Indians.

Pant has found a place in both the squads.

"We want to give enough chances to Pant before the World Cup" - MSK Prasad #TeamIndia #INDvAUS pic.twitter.com/o13jma3yuE

Lokesh Rahul Rishabh Pant India vs Australia, 2018/19
Get the latest updates on T20 World Cup, check out the T20 World Cup Schedule and Live Score . Like us on Facebook or follow us on Twitter for more sports updates. You can also download the NDTV Cricket app for Android or iOS.