Markande, picked out as Mumbai's surprise package, has taken as many as seven wickets in two matches. 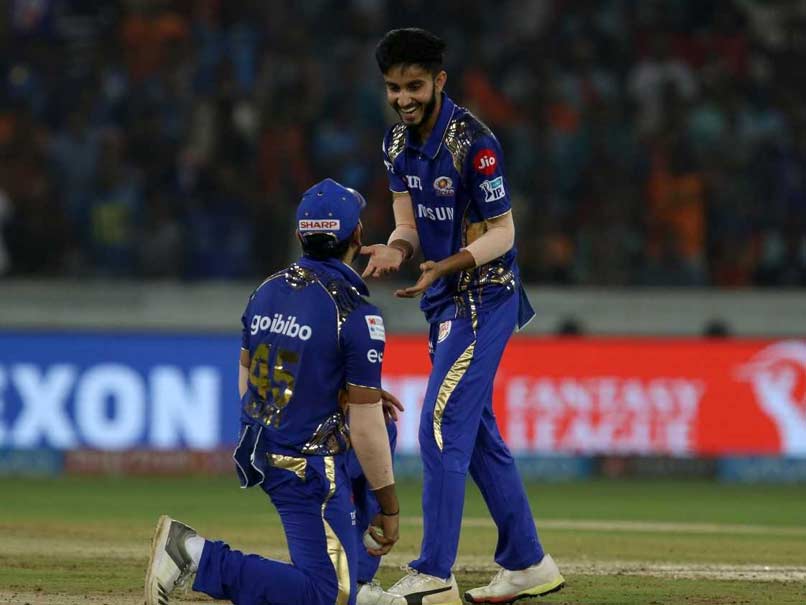 Kolkata Knight Riders (KKR) spinner Piyush Chawla on Friday showered praise on Mumbai Indians' leg-spinner Mayank Markande who has taken the Indian Premier League (IPL) by storm in the first few matches. Markande, picked out as Mumbai's surprise package, has taken as many as seven wickets in two matches. "I have seen him for the first time. I think he is doing very well and I wish him luck," Chawla told reporters on the sidelines of a promotional event. Markande, who has got an excellent wrong 'un, is the purple cap holder -- given to the bowler with the most number of wickets -- now and almost bowled Mumbai to victory in the opening two matches against Chennai Super Kings and Sunrisers Hyderabad respectively. While the Punjab tweaker, 20, returned figures of 3/23 against CSK, he was superb against Sunrisers on Thursday with taking four wickets and leaking just 23 runs.

Chinaman Kuldeep Yadav, who was also present, opined that spinners with variation are quite a handful in the shortest version of the game and are more successful.

"As an off-spinner, if you're getting turn and you have quite a good variation that really makes a difference in T20 format. That's why the spinners are very successful in this format," said Yadav who is now a regular in the Indian team setup.

KKR take on SRH at the Eden Gardens on Saturday, looking to bounce back after a five-wicket defeat at the hands of CSK on the road.

Comments
Topics mentioned in this article
Mumbai Indians Kolkata Knight Riders Mayank Markande Piyush Chawla Indian Premier League 2018 Cricket
Get the latest updates on India vs Australia Series, check out the India vs Australia Schedule for 2020-21 and Ind vs Aus live score . Like us on Facebook or follow us on Twitter for more sports updates. You can also download the NDTV Cricket app for Android or iOS.