Both Chennai Super Kings and Kings XI Punjab have six points from four matches and a win on Saturday will propel them to the top of the IPL table. 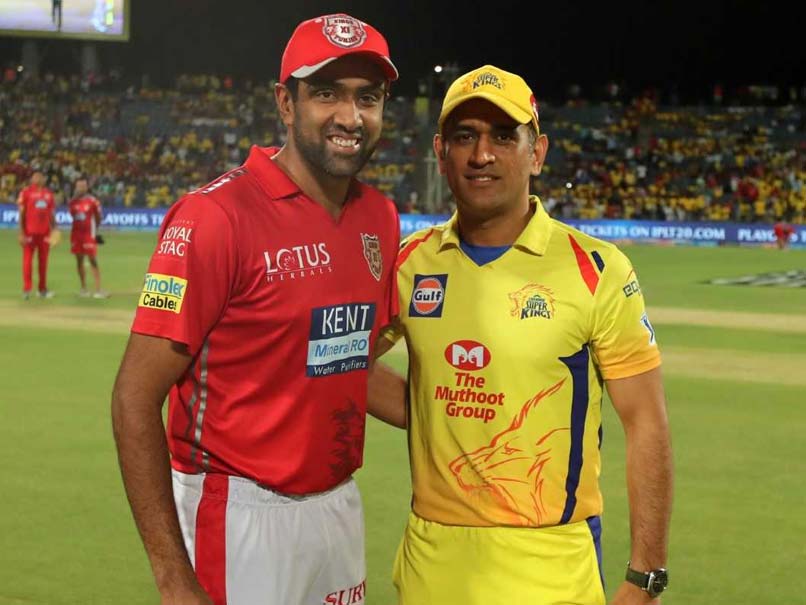 The leadership styles of Chennai Super Kings captain MS Dhoni and Kings XI Punjab captain Ravichandran Ashwin will be in focus when the two teams lock horns for the 18th match of IPL 2019 at the Chepauk on Saturday. Dhoni's ability to stay calm versus Ashwin's out-of-the-box decisions will make for an interesting contest. CSK enjoy an 11-8 advantage over KXIP in the head-to-head record. Both teams currently have six points from four matches and a win on Saturday will propel them to the top of the table.

Defending champions CSK suffered their first defeat at the hands of Mumbai Indians in their last match after three straight wins, and they would hoping to get back to winning ways as they return to their den.

The two previous matches at the MA Chidambaram Stadium have produced contrasting performances. While Royal Challengers Bangalore were shot out for 70, Rajasthan Royals made CSK sweat before going down by eight runs on a better surface for the batters.

The spin-heavy CSK will now be up against KXIP, which also have quality spinners in their line-up, with Ashwin himself at the forefront, apart from Mujeeb ur Rahman, leggie M Ashwin and mystery bowler CV Varun. The home team's bowlers will be wary of Chris Gayle's power-hitting provided he plays after missing the game against Delhi Capitals on April 1.

With Gayle sitting out in their last match, KXIP showed it is not about the hard-hitting West Indian alone as KL Rahul, Mayank Agarwal put their hands up. And Punjab would hope that they continue to shine.

CSK has relied on team effort to win their matches as different players have delivered the goods in the IPL so far. The only worry would be the form of opener Ambati Rayudu, who has struggled to get going after last year's success, perhaps creating a chance for Murali Vijay at the top.

There is uncertainty over the availability of star all-rounder Dwayne Bravo for tomorrow's game after he suffered a hamstring injury against Mumbai. His absence could open up a spot for the New Zealand pacer Scott Kuggeleijn.

Ravichandran Ashwin IPL 2019 Chennai Super Kings vs Kings XI Punjab, Match 18 Cricket
Get the latest updates on ICC T20 Worldcup 2022 and CWG 2022 check out the Schedule, Live Score and Medals Tally. Like us on Facebook or follow us on Twitter for more sports updates. You can also download the NDTV Cricket app for Android or iOS.