MS Dhoni Has Led By Example And Taught Me About Leadership: Ravichandran Ashwin 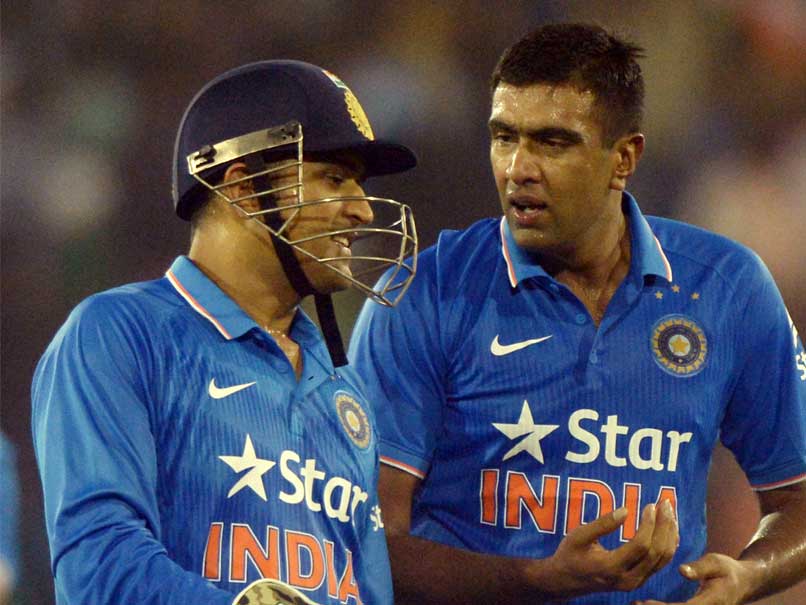 Ravichandran Ashwin was all praise for Mahendra Singh Dhoni on Saturday, saying that the former captain was a landmark figure in Indian cricket and taught him a lot about leadership.

In a news that sent ripples across the cricketing world, Dhoni on Wednesday stepped down as captain of the India ODI and T20I squads.

"He is a landmark figure in Indian cricket. His experience will be invaluable and I'm sure his presence will help in the team's transition," Ashwin told NDTV in an exclusive chat.

"Dhoni has remained himself. He has led by example and always remained calm. He has taught me a lot about leadership," he added.

Ashwin, however, refused to divulge much when asked to compare the captaincy styles of new India limited overs captain Virat Kohli and Dhoni.

India ended the year 2016 as the No.1 ranked team in Test and third in ICC ODI rankings. Ashwin himself had a sterling year -- topping the charts in the ICC Bowler rankings for Tests as well as the top Test all-rounder.

India beat England 4-0 in Tests to end the year on a high but will have to regain focus when the limited overs series starts on January 15. India face England in a three-match ODI series and then lock horns in a three-match T20I series.

"Cricketer of the year award is the highest point in a player's career but I want to start 2017 with a fresh mindset. 2016 is done and dusted. The current Indian team is focused on improvement. We all want to improve together" said the prolific off-spinner.

However, a bigger test awaits when Australia come calling to the subcontinent for a four-Test series in February.

When asked about whether he would be targeting any specific player from the Australia squad, Ashwin said, "My plans don't revolve around a single individual. I have plans about how to get them out and stop the flow of runs."