Delhi Capitals got the better of SunRisers Hyderabad in the Eliminator while Chennai Super Kings lost to Mumbai Indians in Qualifier 1. 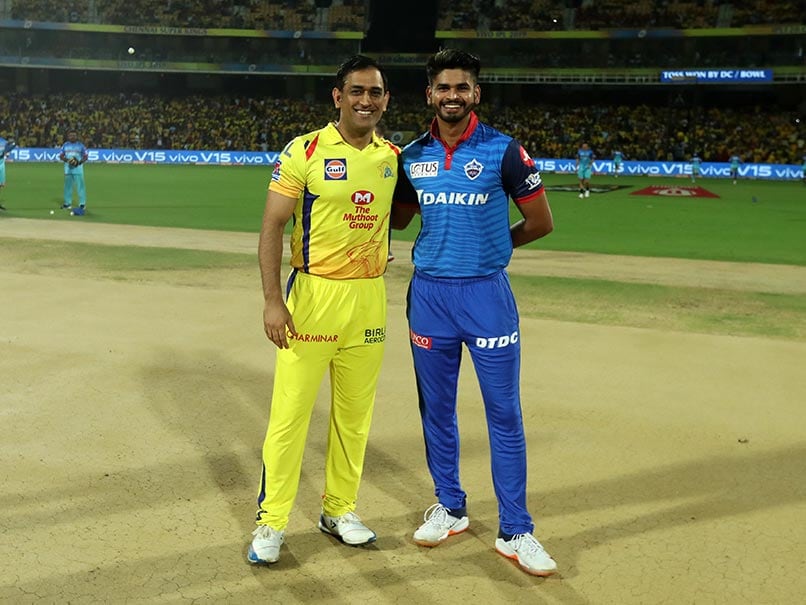 It was CSK who denied Delhi Capitals a top-two spot in the league standings.© BCCI/IPL

Delhi Capitals (DC) registered their first-ever win in an Indian Premier League (IPL) knockout match in Visakhapatnam on Wednesday. After stunning SunRisers Hyderabad (SRH) in a last-over thriller, Delhi Capitals will look to carry forward the victory momentum when they take on defending champions Chennai Super Kings (CSK) in Qualifier 2 at the same venue on Friday. The winner of the Qualifier 2 will lock horns with Mumbai Indians, who defeated CSK by six wickets in the Qualifier 1, in the IPL 2019 final in Hyderabad on Sunday. Delhi Capitals are chasing history as they are the only side to have never played an IPL final.

It was CSK who denied Delhi a top-two spot in the league standings with an emphatic 80-run win at Chepauk and the MS Dhoni-led side stands in their way again.

The tense win in the Eliminator, set up by their star player Rishabh Pant, is bound to provide an extra dose of motivation going into the knock-out game at Vizag.

Pant's 21-ball 49 in a high-pressure game reignited the debate on social media over his non-selection in India's World Cup squad with former England captain Michael Vaughan saying it was "bonkers" to not have the young-wicketkeeper batsman in the mega event starting May 30.

Another young gun Prithvi Shaw too played an important innings of 56 and was happy to be back among the runs after low-scores in the previous three innings.

Delhi, having already played a game in Visakhapatnam, will have the advantage of knowing the conditions better. Their fast bowlers, Trent Boult and Ishant Sharma, did a decent job in the absence of Kagiso Rabada and were well supported by Keemo Paul, who picked up three wickets.

The batsmen would be rather relieved that they would not have to face the spin threat of Imran Tahir and Harbhajan Singh on a turner in Chennai but it would be a challenge nonetheless.

Another thing Delhi would have to be wary of is stage fright though the Eliminator surely prepared them for the tougher battles ahead. CSK, on the other hand, are used to playing the big matches, having won three titles besides being runners-up four times.

CSK were hammered by Mumbai Indians in Qualifier 1 but expect to bounce back in style. Dhoni will be expecting an improved performance from his batsmen after the disappointment against Mumbai Indians.

Opener Shane Watson has not been among the runs ever since smashing a 53-ball 96 against Sunrisers on April 23.

MS Dhoni Shreyas Iyer IPL 2019 Cricket Chennai Super Kings vs Delhi Capitals, Qualifier 2
Get the latest updates on IPL 2021, IPL Points Table , IPL Schedule 2021 , live score . Like us on Facebook or follow us on Twitter for more sports updates. You can also download the NDTV Cricket app for Android or iOS.