Mumbai Indians claimed a 40-run win over SunRisers Hyderabad in a low-scoring game in Hyderabad on Saturday. 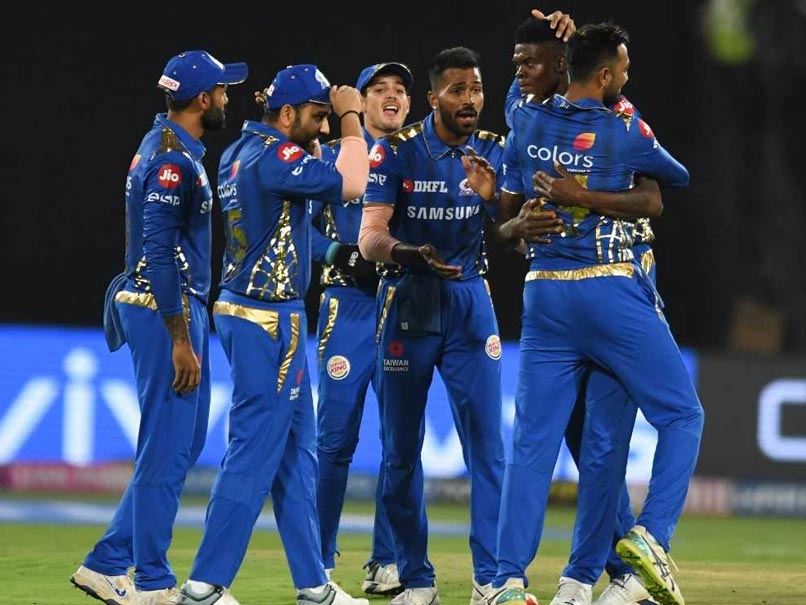 Alzzari Joseph claimed 6/12 to script history in the IPL.© AFP

Alzarri Joseph made an impressive debut in the Indian Premier League as he picked up a tournament best figures of 6/12 as Mumbai Indians registered a 40-run win over SunRisers Hyderabad on Saturday. Earlier, another Windies cricketer Kieron Pollard smashed a quickfire knock to guide Mumbai Indians to a respectable total after being asked to bat at the Rajiv Gandhi International Stadium in Hyderabad. While Pollard's 26-ball 46 helped Mumbai recover to 136/7 after an ordinary start, Joseph bettered record spell of 6/14 by Pakistan bowler Sohail Tanvir to script the history.

Chasing a small total, Hyderabad were all out for 96 in 17.4 overs. It was the third win for Mumbai Indians in five games while Hyderabad suffered their second loss in five matches.

Considering the stellar form of openers David Warner and Jonny Bairstow, 137 was expected to be a comfortable chase for Hyderabad. But they both were dismissed cheaply and that exposed the middle order which had not been tested much courtesy the devastating run of the openers.

It was the first time this season that Hyderabad lost a wicket in the first six overs.

Young West Indies pacer Joseph bowled a dream first over in the IPL, dismissing Warner in a wicket maiden.

In his following over, the 22-year-old got rid of Vijay Shankar to leave Hyderabad at 43 for three in seven overs and spice up the contest.

Leggie Rahul Chahar picked up two important wickets to increase the pressure on the home team which was reduced to 62 for five in the 12th over.

The hosts needed 53 off the last 30 balls and ended up well short of the target with Joseph running through the opposition line-up.

Earlier, it seemed Hyderabad would limit Mumbai to a sub-120 total before Pollard's brute power came to the fore, enabling the visitors to collect 39 crucial runs off the final 12 balls.

Until Pollard cut loose, Hyderabad put up an impressive bowling effort on a slow pitch.

While Hyderabad fielded an unchanged side, Mumbai Indians made two changes in the playing eleven with Ishan Kishan replacing Yuvraj Singh and Joseph coming in for Lasith Malinga, who has gone back to Sri Lanka to play in a domestic event.

Mumbai Indians Alzarri Joseph IPL 2019 Cricket Sunrisers Hyderabad vs Mumbai Indians, Match 19
Get the latest updates on T20 World Cup, check out the T20 World Cup Schedule and Live Score . Like us on Facebook or follow us on Twitter for more sports updates. You can also download the NDTV Cricket app for Android or iOS.