Vikram Rathour on Saturday said Rishabh Pant will be a "massive player" for the Indian team once he starts getting runs, backing the under-fire wicketkeeper to the hilt. 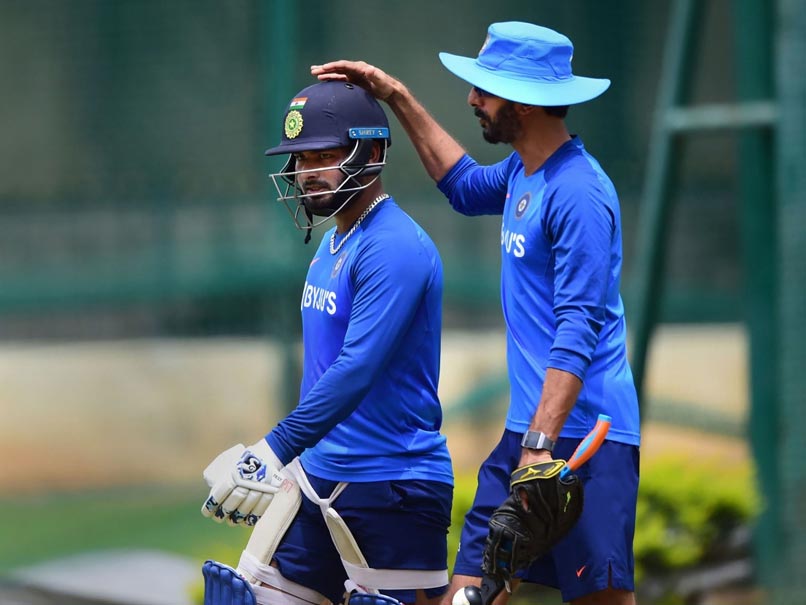 Batting coach Vikram Rathour on Saturday said Rishabh Pant will be a "massive player" for the Indian team once he starts getting runs, backing the under-fire wicketkeeper to the hilt. Asked why the Delhi keeper-batsman kept getting chances despite low scores, Rathour attributed it to his "immense ability". "The reason why we keep discussing him is that he has got an immense ability. Everybody believes he can be an X factor. All of us believe he is a good player who can come good. He is working hard on his game and fitness.

"... Because he has done well in the past in this format. Once he starts getting runs, he can be a massive player for the Indian team, he can be a match-winner," Rathour told reporters on the eve of the first ODI against West Indies here.

When asked if it was time to give him a break, Rathour said it has not come yet.

"I don't think the time has arrived yet. Again he is working on certain things. He is looking good in the nets. He has been decent in the T20s.

"He was asked to do a certain job in the last T20 which he did. That's what the team looks for."

About KL Rahul who did well in the recent T20 series against West Indies and if any changes had been made in his technique, Rathour said there was no doubt he would do well.

"He went through a lean patch which every cricketer goes through. A couple of technical changes and change in mindset and the result shows.

"He has always been a good player. There was absolutely no doubt he will do well," the batting coach added.

Regarding Rahul as a wicketkeeping option, he said, "That is something the team management will have to see, of course that is an option."

On Mayank Agarwal, who has been drafted in to the ODI team in place of an injured Shikhar Dhawan, Rathour said the Karnataka batsman has a good record in the 50-overs format at the 'A' level.

"Mayank Agarwal, again he has done so well in domestic cricket for many years, got into the Test team, did really well, one day cricket again his record at A level, I think, he is averaging more than 50, he has got a good Vijay Hazare this year as well.

He played down concerns about the middle-order not getting enough opportunity owing to the top-order's exploits.

"That's a difficult problem to address when the top order is doing But I don't think we can do anything as a team to address it."

Saying that India were the number one team while chasing, Rathour said batting first was one area that needed to be worked on, and they did it in the last game (the final T20 in Mumbai).

"We are the number one team in the world while chasing targets, so that is one box we needed to tick off. While batting first, you need a different kind of fearlessness, when you are chasing targets you know what to chase so we plan our game plans better.

"Batting first, that is one area we need to work on. The way we batted in the last game, it was a big tick in the box so looking forward to maintaining that and whenever an opportunity comes, we will be looking to bat first and post good scores."

Rishabh Pant Vikram Rathore India vs West Indies 2019/20 Cricket
Get the latest updates on Olympics 2020, Olympics 2020 Medal Tally , Live Cricket Score . Like us on Facebook or follow us on Twitter for more sports updates. You can also download the NDTV Cricket app for Android or iOS.