India went down to a massive defeat in the first One-day International at Chennai and need to win at Vizag to stay alive in the series. 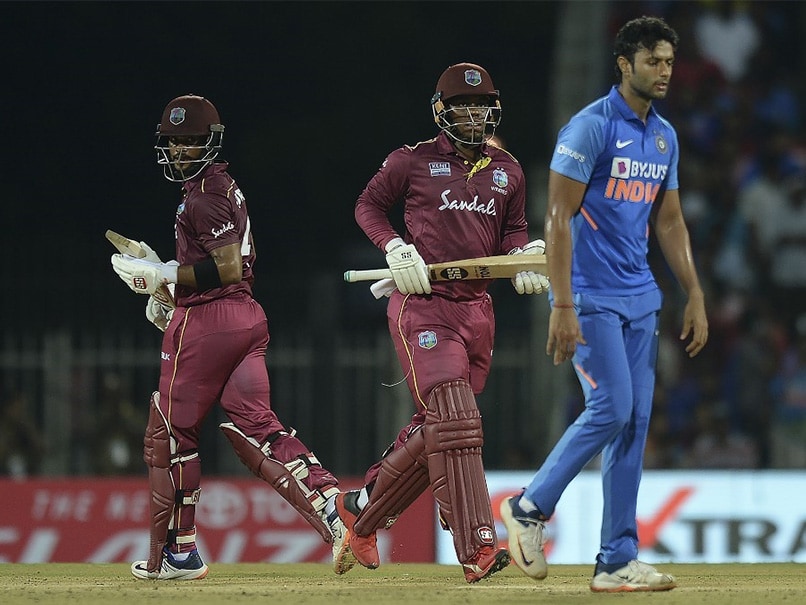 India and the West Indies head to Vizag for the second ODI with the visitors eyeing a series win. The Kieron Pollard-led team comfortably beat India by eight wickets in the first match in Chennai to take a 1-0 lead in the three-match series. For India, the focus will be on the bowling unit, which failed to fire at the MA Chidambaram Stadium as West Indies chased down the target of 288 with 13 deliveries to spare. West Indies will look to build on their stellar performance in Chennai, where Shai Hope and Shimron Hetmyer scored brilliant centuries to steer the visitors to victory.

On a slow track, India's spinners Kuldeep Yadav and Ravindra Jadeja failed to take a single wicket as Hope and Hetmyer ran rampant in Chennai. All-rounder Shivam Dube also failed to threaten the West Indies batsmen, while Kedar Jadhav was given only one over.

Virat Kohli may be tempted to play a fifth specialist bowler on a batting-friendly track in Vizag, with leg-spinner Yuzvendra Chahal and pacer Shardul Thakur in contention to come into the playing XI.

Despite the top order failing with the bat for India, the team management will be encouraged by Shreyas Iyer and Rishabh Pant's 114-run partnership. Iyer hit a patient 70 while Pant scored his maiden fifty.

His 69-ball 71 was much needed, both for him and the team. Under immense scrutiny for a string of poor performances, Pant came in to bat with India at 80/3. But he displayed patience and application to help the team out of a tricky situation.

For West Indies, Kieron Pollard would want a repeat performance of Sunday's match in Vizag. The bowlers got India's top order out cheaply and despite the Iyer-Pant partnership, they never let the scoring rate go too high.

West Indies also bowled brilliantly at the death to restrict India's total to a chase-able one.

Pollard will also hope for more of the same from Shai Hope and Shimron Hetmyer, who did not give the other batsmen much of a chance with their 218-run stand.

With India having won their last nine bilateral ODI series against West Indies, Vizag presents Pollard and his team the opportunity to end India's win-streak against them while it is a must-win encounter for Virat Kohli's team as they look to stage a comeback.

Shimron Hetmyer Cricket
Get the latest updates on ICC T20 Worldcup 2022 and CWG 2022 check out the Schedule, Live Score and Medals Tally. Like us on Facebook or follow us on Twitter for more sports updates. You can also download the NDTV Cricket app for Android or iOS.