India vs West Indies: Shimron Hetmyer's career-best ODI knock helped the West Indies beat India by eight wickets in the first ODI and go 1-0 up in the three-match series. 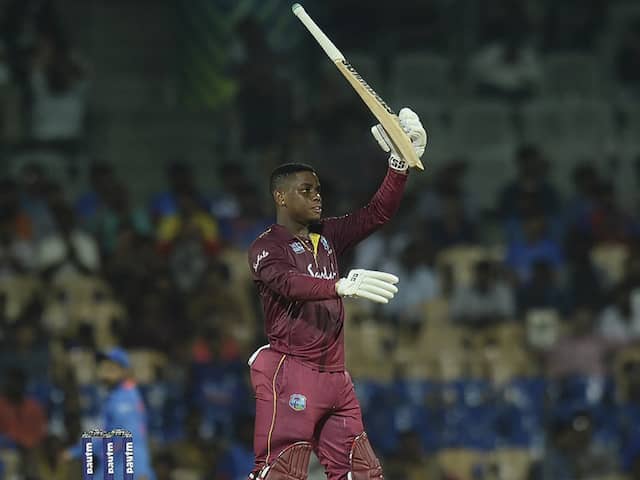 Centurion Shimron Hetmyer on Sunday said the knock of 139 means a lot to him, especially since the West Indies ended up on the winning side against India in the first ODI in Chennai. Hetmyer cracked a career-best 139 while Shai Hope scored an unbeaten 102 as the West Indies romped to a eight-wicket victory against India at the MA Chidambaram Stadium to take a 1-0 lead in the three match series.

Hetmyer, 22, took 106 balls for his sensational 139 which was studded with 11 fours and seven huge sixes. This was his fifth ODI hundred.

"I don't know from where the power is coming from. I am trying to hit as hard as I can. This ton means a lot to me," Hetmyer said after being adjudged the Man of the Match at the post match presentation ceremony.

"The last one I had was at the start of the year and this one came at the end of the year. It is always nice to have a smile on the face after the victory. It's a good feeling because the last time, I got a hundred in India, we lost the game," he added.

The pair of Hetmyer and Hope shared a mammoth 218-run partnership for the second wicket to steer the Windies clear with ease in the end and put Shreyas Iyer and Rishabh Pant's fifties in a shade.

MA Chidambaram Stadium, Chennai India vs West Indies 2019/20 Cricket India vs West Indies, 1st ODI
Get the latest updates on IPL 2020, check out the IPL Schedule for 2020 and Indian Premier League (IPL) Cricket live score . Like us on Facebook or follow us on Twitter for more sports updates. You can also download the NDTV Cricket app for Android or iOS.