This is Virat Kohli's fifth hundred in his last six One-day internationals in India. 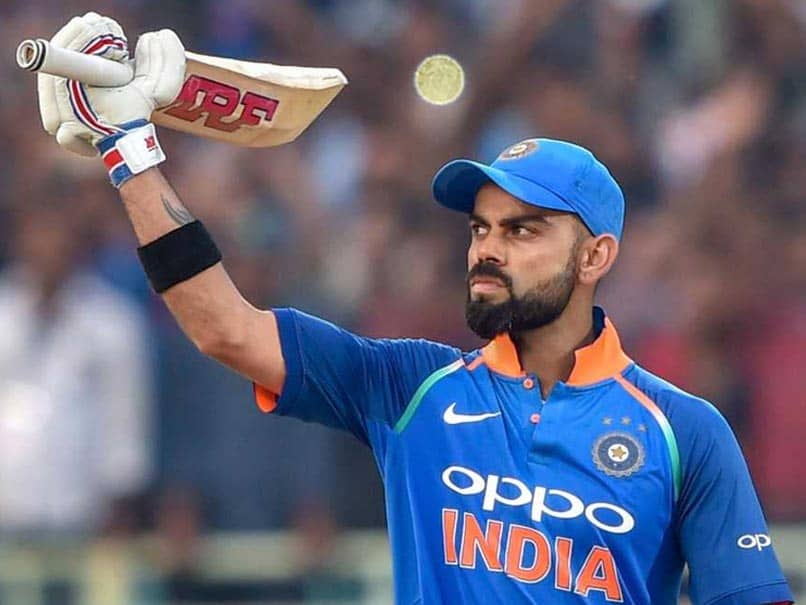 India captain Virat Kohli on Saturday notched up his 38th century and became the first Indian to score three consecutive centuries in One-day Internationals (ODI). While playing the third ODI against the Windies at the Maharashtra Cricket Association Stadium in Pune, Virat Kohli reached the coveted three-figure mark off 110 balls in the 37.1 over. Other than Virat Kohli, only three other batsmen have scored three consecutive hundreds in a bilateral series - Pakistan's Zaheer Abbas (against India), Quinton de Kock of South Africa (against India) and Babar Azam of Pakistan (against the West Indies).

This is also the first time that the Indian captain scored a century in Pune.

Kohli, who surpassed batting legend Sachin Tendulkar to become the fastest player to reach 10,000 ODI runs, has been in a fine touch in the ongoing series.

The Indian run-machine, at 397*, has now accumulated most runs in an ODI series against the Windies.

A hat-trick of hundreds is just an incredible feat by a special player. Well done @imVkohli. pic.twitter.com/DMc95fCPPX

In the last 15 completed ODI innings, Kohli has scored 1348 runs, recorded seven centuries and 3 fifties, at an average of 122.55.

This is also Kohli's fifth hundred in his last six ODIs in India.

In the second ODI against the Windies that ended in a tie, Kohli not only became the fastest man to reach 10,000 ODI runs but also the second youngest (29y 353d) to the milestone after Tendulkar (27y 341d).

In the 2nd ODI, Kohli completed 4,000 runs ODIs at home. He became the fastest to do so as he took just 78 innings as compared to Tendulkar's 92.

He also took over Tendulkar's aggregate of 1,573 to become India's highest run-getter in ODIs against the Windies.