Krunal Pandya bowled the bouncer in the 13th over of the West Indies innings. 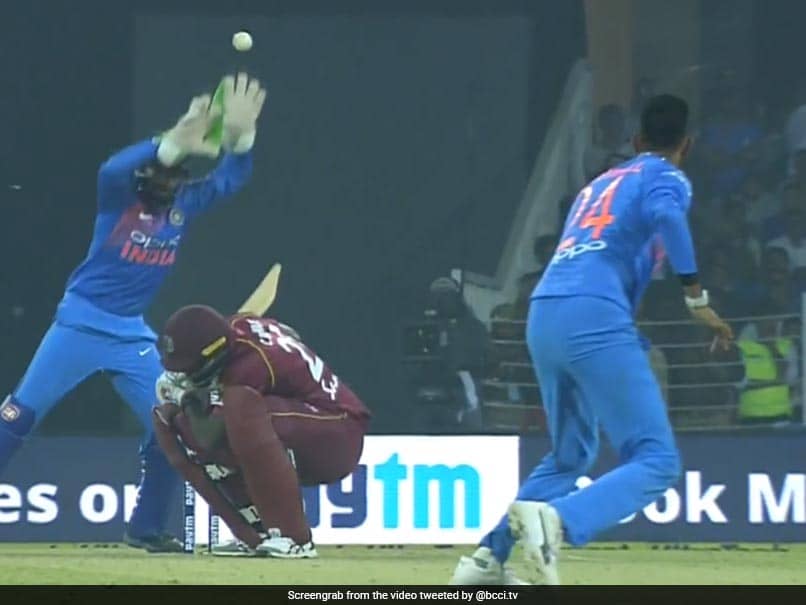 Krunal Pandya has been surprising everyone ever since he made his T20I debut.© BCCI

Krunal Pandya has been surprising everyone ever since he made his T20I debut. In the first T20I against the Windies at the Eden Gardens, he scored an impressive quick-fire 21 after an eyeball-grabbing, silly misfield at the boundary. And later, in the second T20I in Lucknow on Tuesday, he did something usually fast bowlers do. In the 13th over of the Windies innings, Krunal Pandya decided to greet Carlos Brathwaite with a bouncer. This not only shocked the Windies captain, but also left India's wicket-keeper Dinesh Karthik and captain Rohit Sharma wide-eyed. Karthik eventually failed to collect the ball as it raced away to the boundary.

The 27-year-old Krunal has scored 21 runs from the two T20I matches. He has also scalped one wicket.

In the match, Rohit Sharma's record-breaking fourth T20 International century powered India to a comprehensive 71-run win against the Windies. Windies captain Carlos Brathwaite won the toss and invited India to bat first. Rohit Sharma and Shikhar Dhawan gave India a sluggish start but there seemed to be no respite for the Windies bowlers once the two openers started firing on all cylinders.

The hosts, thus took an unassailable 2-0 lead in the series but also registered their seventh successive series win.

Team India will next host the Windies in the third and final Twenty20 International (T20I) on November 11 at the MA Chidambaram Stadium in Chennai.

West Indies Cricket Team India vs West Indies 2018 Krunal Pandya Cricket
Get the latest updates on India vs Australia Series, check out the India vs Australia Schedule for 2020-21 and Ind vs Aus live score . Like us on Facebook or follow us on Twitter for more sports updates. You can also download the NDTV Cricket app for Android or iOS.