India play the fifth ODI against the West Indies in Thiruvananthapuram. Virat Kohli and team lead the series 2-1. 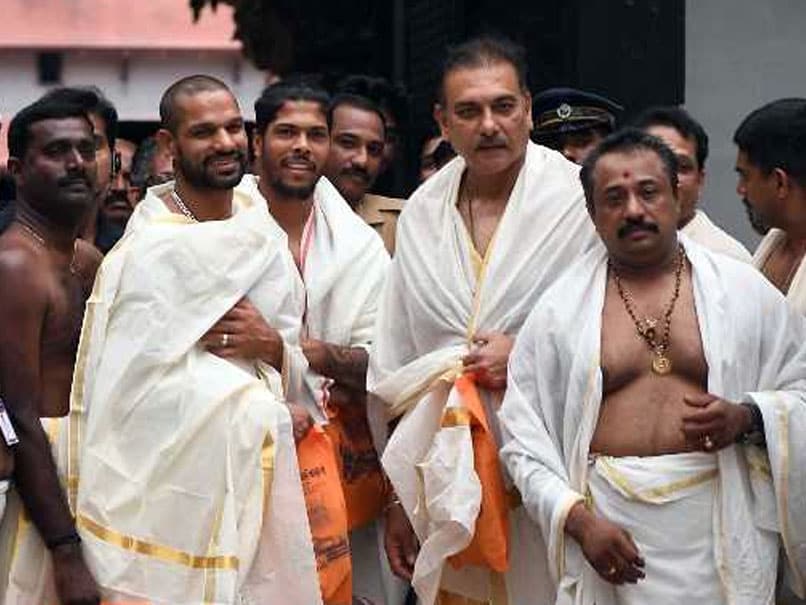 Before the start of the fifth ODI between India and West Indies, Ravi Shastri, Shikhar Dhawan and Umesh Yadav visited the Sree Padmanabhaswamy Temple in Thiruvananthapuram. The three of them were spotted wearing traditional attire, and Twitter is already abuzz with the images doing the rounds. Visiting the team ahead of crucial clashes seems like a tradition, especially for Ravi Shastri, who had also dropped in at the location when the Indian team was playing New Zealand in Kerala city the last time.

Here's another photo, which shows Shikhar Dhawan in the temple premises. 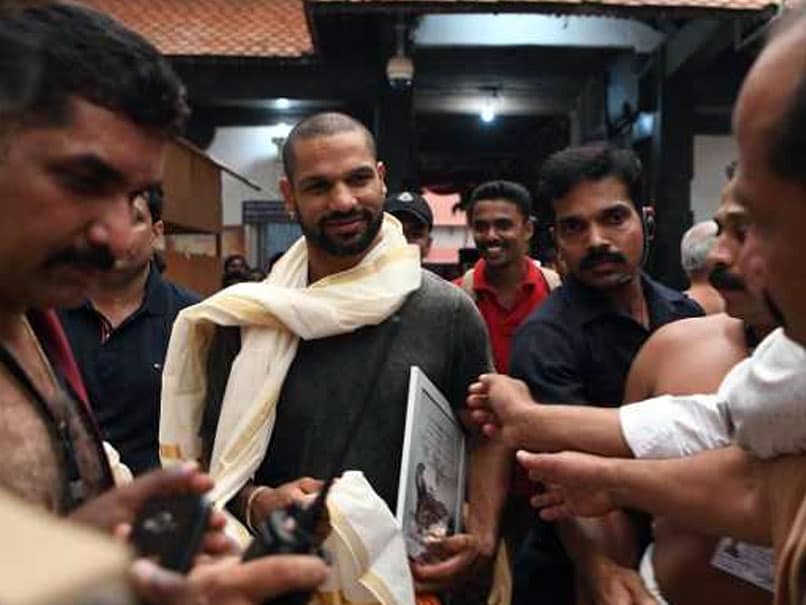 Virat Kohli's Team India, following their mammoth 224-run victory in the fourth One-day International (ODI) against the Windies, will aim to seal the five-match series with a win in Thiruvananthapuram on Thursday. Going into the final ODI, India are leading 2-1 in the five-match series that also witnessed a tie. With top-order batsmen Kohli, Rohit Sharma and Ambati Rayudu in good touch, the hosts look set to register their eighth straight series win over the Windies in a bilateral ODI series. The last time the Windies won was back in 2006 at home.

The weather is also expected to play a part as rain is expected to hit Thiruvananthapuram during the afternoon, which might mean that the game gets delayed or even curtailed.

However, the home team will hope to carry the momentum into the series decider in the southern city.

The last ODI played at the Greenfield International Stadium was also between the same two teams and was won by the visiting side, then an eminent force in world cricket.

Umesh Yadav Ravi Shastri India vs West Indies 2018 Cricket
Get the latest updates on SA vs IND 2021-22, check out the Schedule and Live Score . Like us on Facebook or follow us on Twitter for more sports updates. You can also download the NDTV Cricket app for Android or iOS.