The incident occurred during the fourth ODI of the ongoing series between India and West Indies. 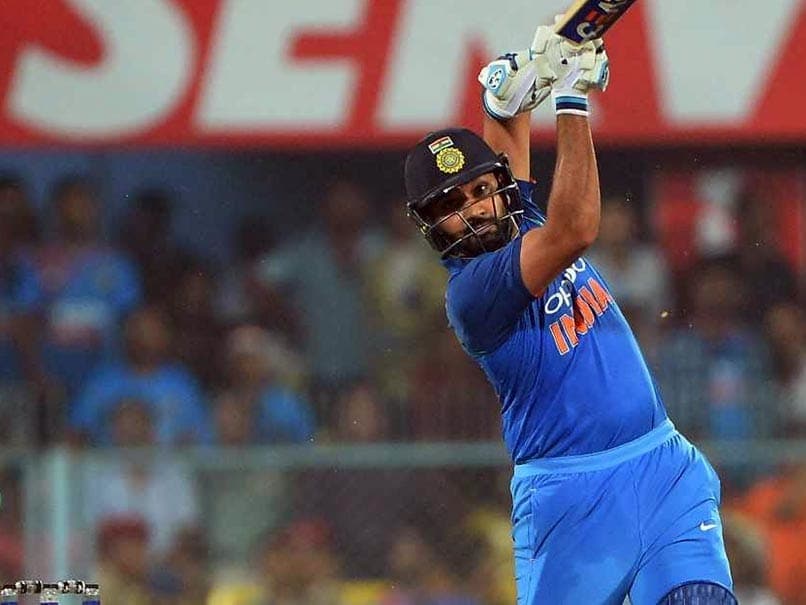 During the fourth One-day International between India and West Indies in Mumbai, opener Rohit Sharma gave his fans a subtle lesson in patriotism by reminding them to cheer for India and not himself. While Rohit Sharma was fielding at the boundary, fans cheered him on by chanting "Rohit Rohit". But he signalled at his jersey, suggesting they should chant "India, India" instead. The video, which highlights the moment in Mumbai, is now doing the rounds on social media after being shared by a Twitter user.

Rohit is enjoying a great run of form in the ongoing series, which ends November 1 with the fifth ODI in Thiruvananthapuram. After this, he will lead Team India in the T20Is against the Windies, which start November 4. Rohit notched up his 20th ODI century at the Barsapara Cricket Stadium in Guwahati and his 21st at the Brabourne Stadium in Mumbai.

In the fourth ODI, India steamrolled the Windies by a 224-run margin after registering 377/5 on the scoreboard in the first innings.

The fifth ODI will start on Thursday at 1.30 PM.

Rohit Sharma India vs West Indies 2018 Cricket
Get the latest updates on IPL 2021, check out the IPL 2021 Schedule and Indian Premier League Live Score . Like us on Facebook or follow us on Twitter for more sports updates. You can also download the NDTV Cricket app for Android or iOS.